Here are facts on soldiers' ex-gratia, benefits; stop the lies 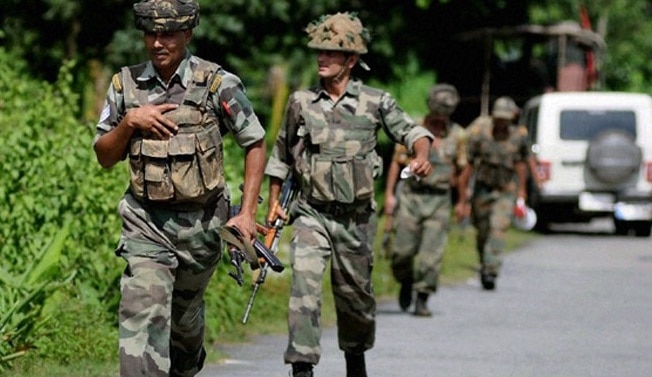 Major Navdeep Singh is a practicing Advocate at the Punjab & Haryana High Court. He was the founding President of the Armed Forces Tribunal Bar  Association at Chandigarh. He is a Member of the International Society for Military Law and the Law of War at Brussels

In the recent months, there have been instances when this author has been called pro-establishment by a certain few, not because of any valid reason, but because of the fact that I made an attempt to counter disinformation campaigns planted by anti-national elements with an aim to demoralise our security forces and which were gullibly bought as truth by many of our own, including military veterans already (rightly) touchy after the incoherent recommendations of the 7th Central Pay Commission.

Labels of pro-this or anti-that is what I loathe, because if at all I would want to embrace such tags, it would be pro-fact and anti-disinformation. I would also like to confess that I, over the past two years or so, have toned down what I write. It is not that I have changed, but because of the very dangerous tendency of some people to use writings penned as a mirror and a tool of introspection to be circulated in an out-of-context manner by those with an axe to grind, or spread discontentment and disaffection — a much too heavy a price.

More often than not, blogs and articles, even if harsh on the surface, written to educate the society at large, the political executive and higher echelons of the system,about faulty policies of the Government and the Armed Forces, or purely to stimulate betterment, are not projected as ‘Look, this is what we need to improve’ as per the spirit behind them, but ‘Look, this is what your Government is doing to you’, leading us to a dangerous zone that I am going to discuss.

The unfortunate incident at Uri has again brought into focus the pain experienced by military families in such dastardly acts of terror, or for that matter, any form of violence against the state.

However, soon thereafter, messages were floating on social media deprecating the meagre compensation of Rs 2 lakh or Rs 5 lakh granted by the ‘Government’ to such families. Infuriated notes went around, people expressed their anguish and what not.

Then there were others who offered their wisdom that military widows in such cases must be paid the ‘salary’ of the deceased employee and should not be left to fend for themselves.

At one level, one feels happy that the general population is increasingly getting concerned about the welfare of our men and women in uniform and their families and there is no cavil with the proposition that the system has been unfair in many aspects to the military community and we must stand with full might behind them. Yet, one needs to be extremely wary of forwarding such messages without verification, for most of these are planted untruths with the aim to trigger frustration and discontentment.

To clarify, the meagre compensation that was the subject of this talk was the one given by some States and not by the Central Government.

The Centre pays an ex-gratia compensation of Rs 35 lakh for deaths in militant and terrorist attacks and Rs 45 lakh for deaths in war or war like engagements. These are the rates applicable and accepted with effect from 1 January, 2016 and the earlier rates were Rs 15 lakh and Rs 20 lakh respectively.

These new rates have been accepted by the Government on the recommendations of the Seventh Central Pay Commission and the implementation instructions have already been issued for Central Government employees such as the Central Armed Police Forces.

Similar instructions for the defence services are also expected soon and would be retrospectively applicable from 1 January, 2016.

The group insurance amount (for which defence personnel pay their own premium) is over and above these amounts. There is no universal policy however for ex-gratia by various States since it is a State subject and the Central Government cannot force the States to universalise such payments.

However, the Centre on its part, irrespective of the party in power, has time and again requested States to rationalise these figures to provide a reasonable and respectable amount to such families.

As far as pension is concerned, liberalised family pension at the rate of the emoluments last drawn by the employee is paid to widows of such defence personnel for the rest of their lives and hence all this talk of the Government not paying them enough pension is hogwash, though it is true that no amount of monetary benefits can compensate the loss of life.

There is however definitely a need for the Army and the Defence Accounts Department to oil up their systems and not make such families wait for the release of benefits on the unfortunate demise of soldiers in such circumstances. The appreciable part however is that the parent units and Regimental Centres offer full support to families in such times of need.

While there is lot to be done for our soldiers and their kin, circulating false messages and untruths about their condition is not only demoralising for those who are serving the nation away from their families but also leads to alienation and damage which can never be redeemed. To top it all, it acts as a dampener for youth aspiring to join the Armed Forces.

While it is our right to strongly question the official establishment about the welfare and benefits to our military families and to fight for them, and we must do so, at the same time it is also our bounden duty to take a stand for the right causes armed with the correct information.

As responsible citizens, the barest minimum we can do is check the veracity of a message before tapping the keys and posting it, more so when it is the morale of our troops and their families that could be at stake.