SEVENTH PAY COMMISSION TO HIKE SALARIES BY 30 PER CENT TODAY

SEVENTH PAY COMMISSION TO HIKE SALARIES BY 30 PER CENT TODAY 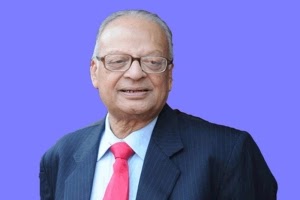 New Delhi: The Seventh Pay Commission will submit its reports of 30 per cent salaries hike of central government employees to the Finance Minister Arun Jaitley today at 7.30 hours.

The The Pay Commission headed by Justice A.K. Mathur has suggested to recommend a 15% increase over the basic salary plus dearness allowance (DA) for the central government employees, the panel said, adding that an increase in allowances like house rent allowance (HRA) to 25 per cent.

“The net increase is likely to be in the range of 30 per cent after subsuming the current 119 per cent dearness allowance in the new basic and grade pay scale,” the panel sources said.

But interestingly when we spoke to government employees they were not really happy, essentially perhaps because effectively if you take the DA out, it is not really a hefty bonanza as many thought it would be.

Also, given the price rise and inflation issues, most of employees are saying it is really not that sufficient.

A senior Union minister said that central government is ready to accept the Seventh Pay Commission recommendations from the budget of the next year.

The Seventh Pay Commission offers no change in the current retirement age of 60 years of central government employees.

The commission had recommended several changes like proposing higher HRA and other allowances,allowing work from home for disabled and women employees, hiking pay with efficiency, reducing Grade Pays, linking pay with productivity, performance-based increment, no increment and promotion without computer test, proposal for introducing health insurance and cutting down the number of gazetted holidays to three.

But all things get cleared today after the submission of the Seventh Pay Commission’s report.

Source : tkbsen.in
Posted by AMULYA KUMAR MISHRA at 6:27 AM