Result of Postman and mailguard Exam held on 27th November 2011

The result of the Postman and Mail Guard Examination held on 27.11.2011 has been published in the official website of Odisha Postal Circle.
Please Click here to view the results Division-wise.
Posted by AMULYA KUMAR MISHRA at 1:06 AM No comments: 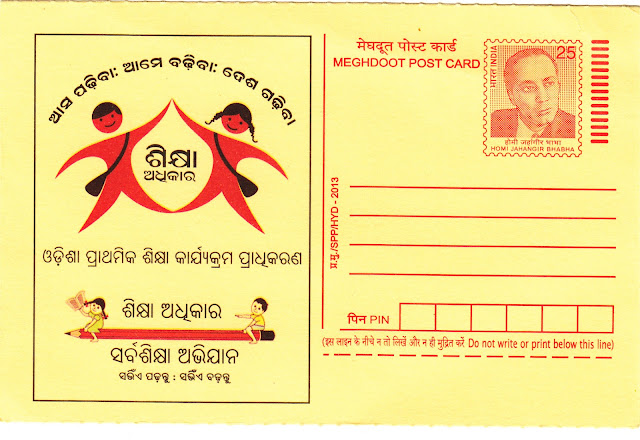 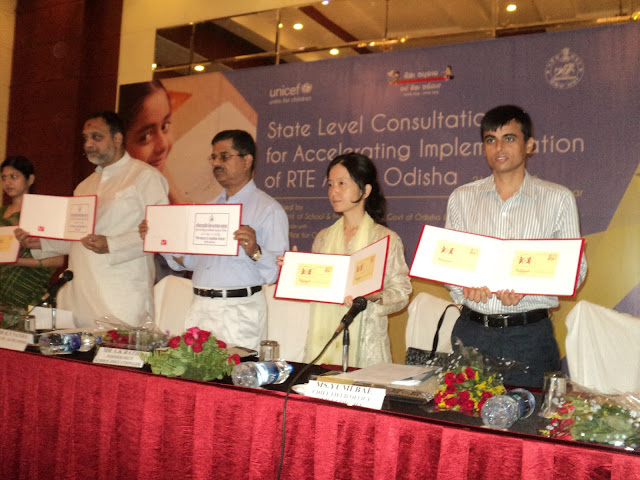 Posted by AMULYA KUMAR MISHRA at 1:04 AM No comments:

The National Conference of Confederation held at Kolkata from 4th to 6th May, 2013 had directed the Secretariat to pursue the efforts to have a joint platform for struggles along with the Railways and Defence Federations. As a step towards that end, a meeting with the General Secretary of the All India Railway- men Federation has been arranged to take place on 28th inst. We shall convey to you the outcome of the discussions on 28th.

The next meeting to discuss the pension related issues with the Secretary (Pension) will be held on 28th May, 2013. Com. S.K. Vyas, Advisor and Com. K.K.N. Kutty, President will attend the meeting. A brief note on the outcome of the discussions will be placed on the website after 28th inst.

The Conference had also decided that the Confederation must pursue the 15 point charter of demands through independent endeavours. Accordingly the Conference had called upon all affiliates and the State Committees to organize a massive dharna programme on 20th June, 2013. The State Committees are requested to organize the programme in consultation with the respective units of the affiliates at all State Capitals as also other important towns and centres. A report on the implementation of the programme may please be sent to the CHQ by 10TH July, 2013.

M. Krishnan
Secretary
Posted by AMULYA KUMAR MISHRA at 1:00 AM No comments:


Dear Comrades,
As per the decision of the 1st AIC of the AIPEU-GDS (NFPE) Mass Dharna in front of all Divisional offices will be conducted on 28.05.2013 Tuesday as the first phase of the agitational programme culminating in indefinite strike. NFPE calls upon all Divisional/Circle/All India unions to make it a joint programme of NFPE, extend full support and also to make it a grand success.
(M. Krishnan)
General Secretary, P3
Secretary General, NFPE
Posted by AMULYA KUMAR MISHRA at 12:58 AM No comments:


The officials may exercise option choosing the date of fixation of their pay under FR-22(1)a(i) within a month from the date of assumption of charge.

Relevant charge reports may be sent to all concerned.

Copy of this memo is issued for information & necessary action to:


2. The Director of Accounts (Postal),Cuttack-5


3. All SSPOs/SPOs in Sambalpur Region. 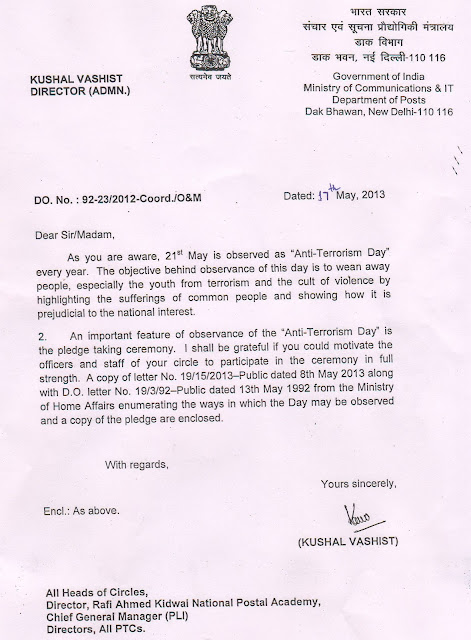 PLEDGE
We, the people of India, having abiding faith in our country’s tradition of non-violence and tolerance, hereby solemnly affirm to oppose with our strength, all forms of terrorism and violence. We pledge to up hold and promote peace, social harmony, and understanding among all fellow human beings and fight the forces of disruption threatening human lives and values.
Posted by AMULYA KUMAR MISHRA at 6:01 AM No comments: 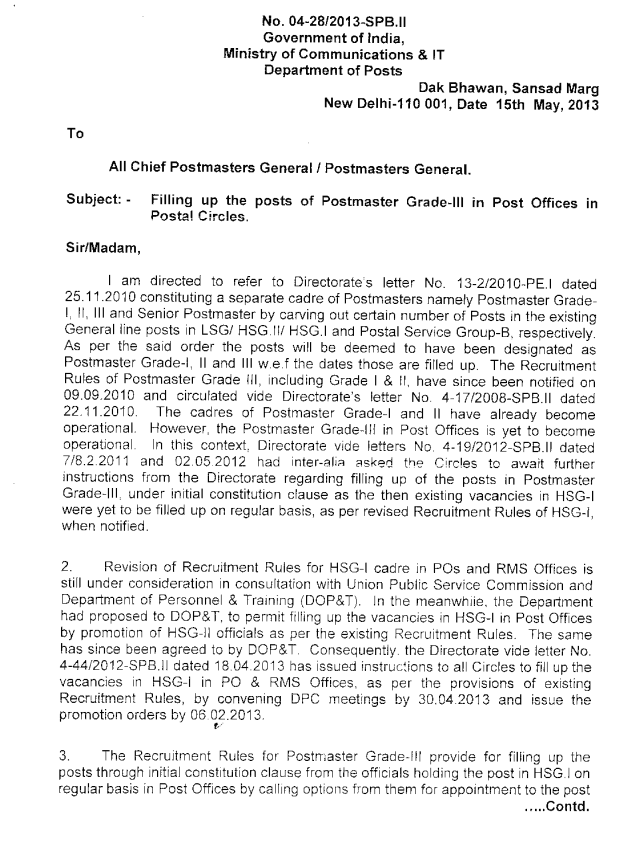 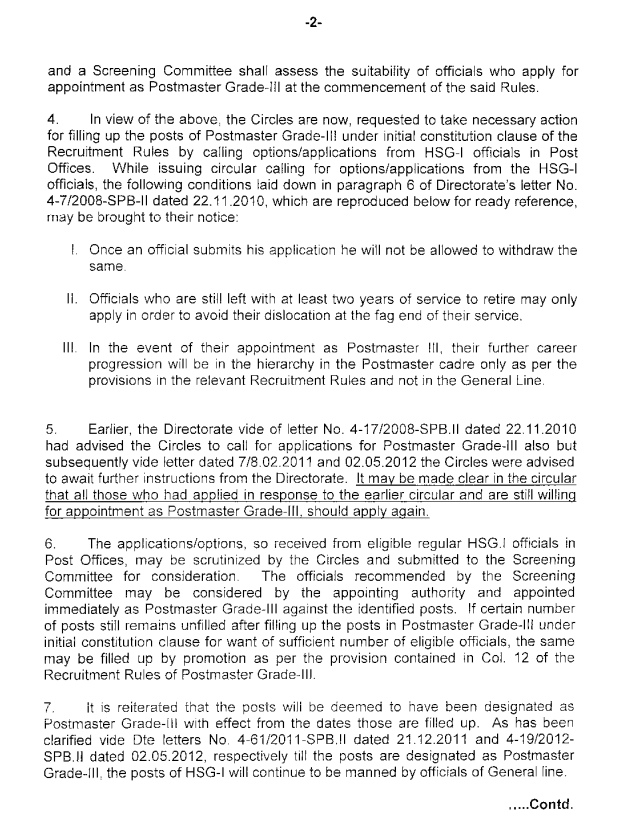 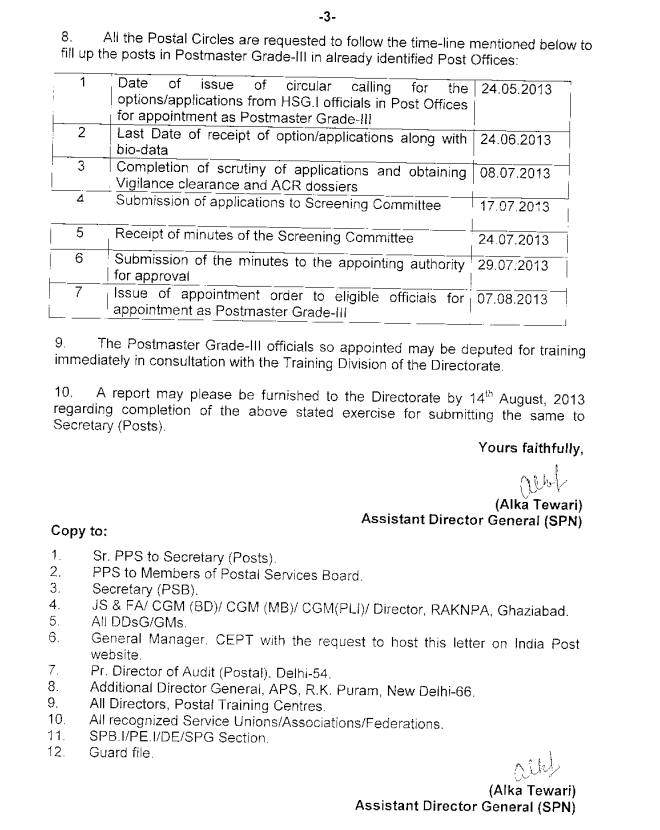 Posted by AMULYA KUMAR MISHRA at 6:00 AM No comments:

S ADDRESS AT 45TH SESSION OF THE INDIAN LABOUR CONFERENCE 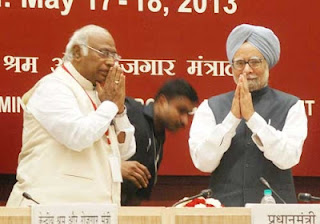 Memo No. ST/26-15/2013 Dated at Bhubaneswar, the 16.05.2013
The competent authority has been pleased to approve the promotion of the following HSG-II (Postal) officials to HSG-I cadre on regular basis in the scale of pay Rs.9,300/- to Rs.34,800/- with G.P.Rs.4600/- (PB-II) from the date of assumption of charge and allot them to the regions as noted against their names.
The Postmaster General, Sambalpur/Berhampur Regions are requested to issue posting order in respect of the officials allotted to their regions.
Part-II
The competent authority has been further pleased to post the followings HSG-I officials on their allotment to Hqrs Region against the post as mentioned against their names below.
Part-III
The following 2(two) HSG-I officials are hereby transferred and posted as shown against their names to have immediate effect.
The officials may exercise option choosing the date of fixation of their pay under FR-22 (1)(a(i) within a month from the date of assumption of charge.
It should be ensured that no disciplinary / vigilance case is pending or any punishment is current against the officials.
The postings of Postmasters in the HOs identified as Grade-III HOs are subject to change when regular Grade-III officials will be available.
Relevant charge reports may be sent to all concerned.
( B.N.Mishra)
Asst.Director(Staff)
O/o Chief Postmaster General
Orissa Circle, Bhubaneswar – 751 001
Copy for information and necessary action to:
1. The PMG, Sambalpur/ Berhampur Region
2. The Director of Accounts (Postal), Cuttack-753004
3. All SSPOs/SPOs in Odisha Circle.
4. Supdt.PSD,Bhubaneswar/Sambalpur
5. Sr.Postmasters/Postmasters,Bhubaneswar GPO/Cuttack GPO/Puri/Khurda/Nayagarh/Puri-2 MDG/Salipur MDG/Kendrapara/Jajpur/Paradeep MDG/Jagatsinghpur/Chandinichouk/
AD Market MDG/College Square MDG/Athagarh HO/Bhadrak HO/Balasore HO/Jaleswar HO/ Baripada HO/Rairangpur HO for information and necessary action.
Asst. Director(Staff)
O/o Chief Postmaster General
Orissa Circle, Bhubaneswar – 751 001
Posted by AMULYA KUMAR MISHRA at 12:01 AM No comments: