At last after several round of protracted negotiations with the administration, JCM Staff side, Departmental council ( NFPE & FNPO) has signed the cadre restructuring proposal. The staff side has tried to the best of its ability to make maximum improvement in the proposal. In spite of our hard bargaining we could not achieve 100 percent success. Our demand for separate higher pay scale for PO& RMS Accountants, Creation of separate cadre for System Administrators or grant of special pay/allowance, bringing MTS also under cadre restructuring etc is not accepted by the administration. Regarding Postmaster Cadre after much bargaining, it is agreed to examine our claim for higher pay scale after the present proposal is approved by the government.

As Govt has already appointed 7th CPC and the Pay Commission has already published the questionnaire, any further delay in completing the cadre restructuring will adversely affect the interest of Postal employees. We will take up the remaining issues, which are not agreed by the administration in the cadre restructuring committee with the 7thCPC in our memorandum and make one more effort to get a favourable recommendation.

Taking into consideration all the above aspects and also keeping in mind the larger interest of the employees, we have decided to sign the agreement

Copy of the agreement is published below.

The present proposal is to be approved by Postal Board, DoPT & Finance Ministry. We will make all out effort to get the proposal implemented at an early date. 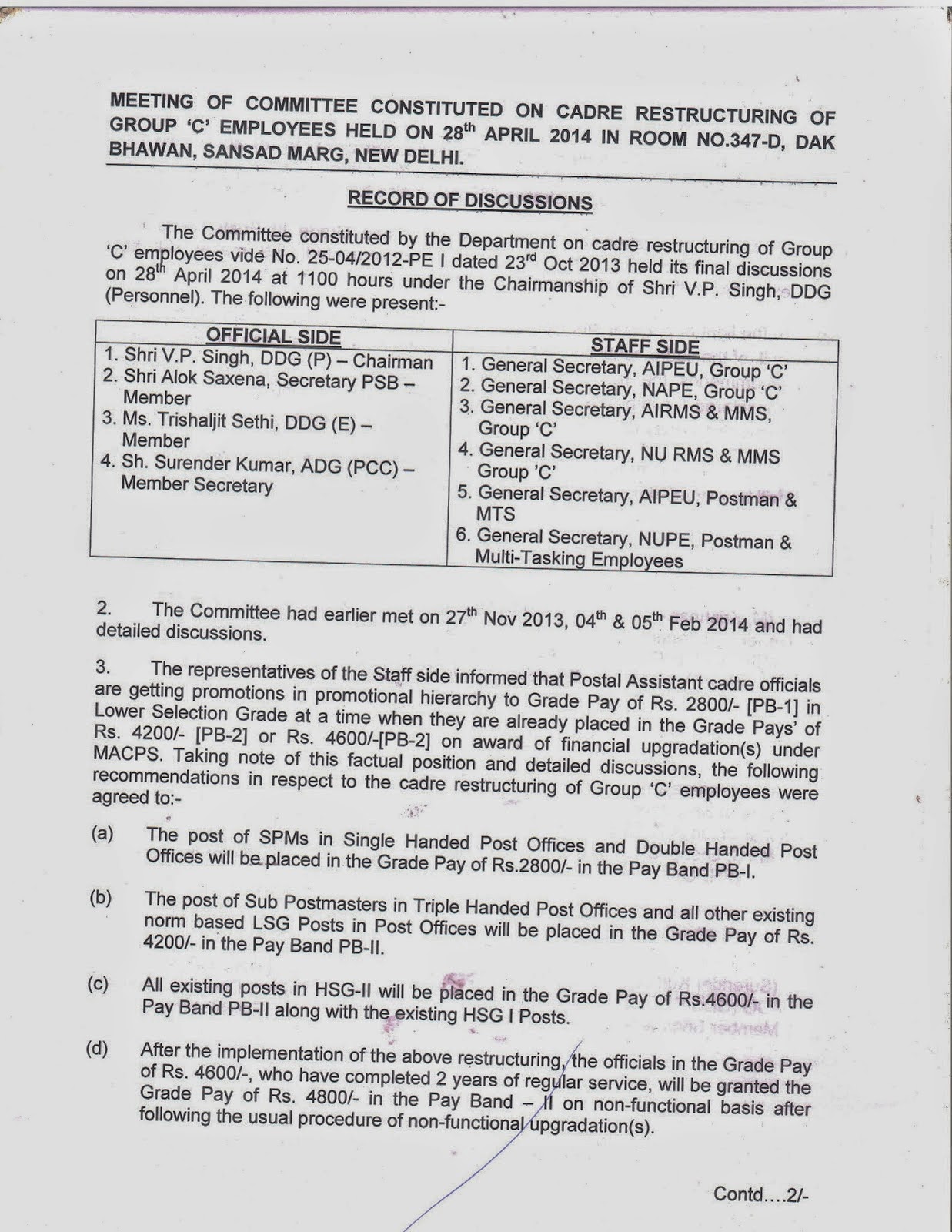 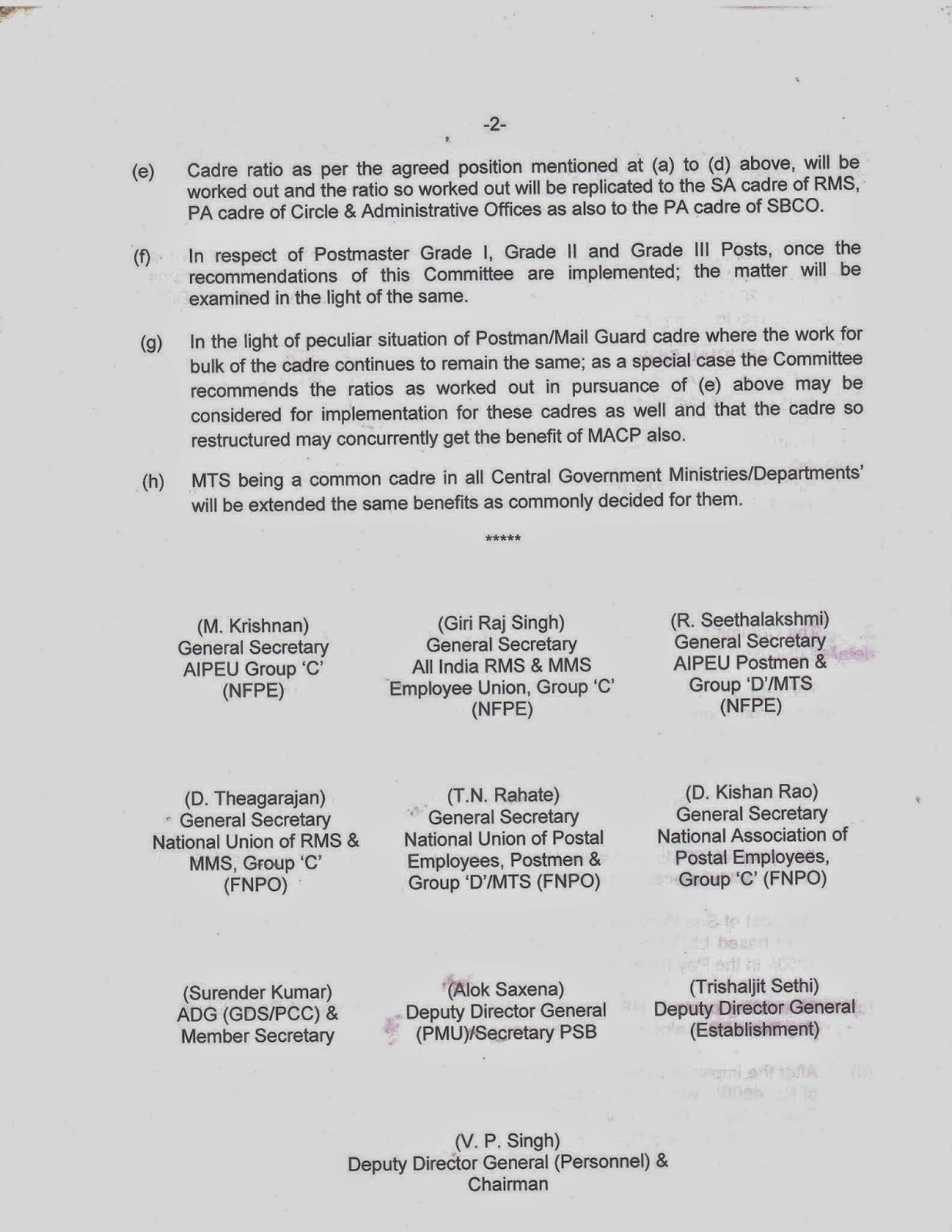 Posted by AMULYA KUMAR MISHRA at 8:03 AM