Addressing the Open Session as Chief Speaker, Com. Virendra Tiwari, General Secretary, AIPSBCOEA, CHQ told the justification of forming such a Union under the banner of NFPE and briefly narrated the activities undertaken by the All India Union for the benefit of SBCO employees. This union has dared to do all those things starting from proposal of cadre restructuring of SBCO staff to preparation of draft memorandum  submitted to 7th CPC which other unions have pretended to do. He appealed all the SBCO staff members of Odisha Circle  to join in this union which will look after the welfare of the SBCO employees under the able guidance of  NFPE.

The following office bearers were unanimously elected for the ensuing session.

Why NFPE ? – Special Appeal to  all the Staff members of SBCO, Odisha Circle

National Federation of Postal Employees (NFPE) is a class-oriented militant organisation of above five lakhs postal employees. NFPTE was formed on 24.11.1954

The P&T trade union movement in India has inherited a history of struggles and sacrifices right from the days of British Raj.  During 1905 when there was no freedom to form unions, Babu Tarapada Mukherjee started this organisation in the name of a Postal Club at Kolkata GPO.  Tarapada was dismissed from service by the British Government for delivering a speech against the British Government in the year 1921 at Lahore All India Conference.  During the last more than one hundred years many leaders and workers of this organisation has been tortured, arrested and put under jail both by the British and Indian Governments.  Com. Dada Ghosh, founder Secretary General of NFPTE was arrested and placed under prolonged suspension. Com.N.J.Iyer, former All India President of NFPE was arrested for delivering a speech against “Emergency” in 1975 and imprisoned in Bikanir Jail for 18 months.  Com.K.Adinarayana, Former Secretary General of NFPE was in jail for three years for participating in the Telangara struggle against Nizam. Com. K. G. Bose, who electrified the P&T Trade Union movement with his class-oriented approach was dismissed from service. Many legendary leaders like Coms. O. P. Gupta, Henry Barton, V. G. Dalvi, K. L. Moza, A. S. Rajan, Piramanathan, N. C. Ambalavanan have lead this organization in the past.

25 days historic 1946 P&T strike is marked in the history of India’s freedom movement as one of the most militant struggle launched by P&T employees against the British Raj.  1960 five days strike of Central Government Employees, 1968 September 19th one day strike for Need Based Minimum wage in which 17 employees have been brutally murdered by the Government by resorting to firing and lathicharge. 1974 Bonus Strike, 1984 September 19th Strike for the emancipation of three lakhs Extra-Departmental employees, 1993 five day’s Postal Strike, 1996 eight days strike for bonus ceiling removal,  1998 eight days Postal strike, 2000 fourteen days Postal Strike were all lead by the National Federation of Postal Employees.  The one day strike by Confederation of Central Govt. Employees and Workers conducted last year on 12-12-2012 is another milestone in the history of Postal Trade Union movement.

NFPE has been participating in all the nationwide General strikes including the 2013 February 20,21 two days strike conducted by the Central Trade Unions, right from 1991 onwards against the Neo-liberal imperialist globalization policies pursued by the Central Government.

NFPE has conducted innumerable struggles for realization of the legitimate demands of the Postal employees especially the most down-trodden section of Gramin Dak Sevaks and Casual, Part-time, Contingent employees.

NFPE is an affiliate of the Confederation of Central Govt. employees and Workers and is playing leading role in mobilizing the Central Government employees and organizing struggles including nation wide strikes.

So Comrades, NFPE is NFPE. It is the largest. It is the oldest. You can’t compare it with any other organization.

Let’s join NFPE and strengthen it for our benefit. 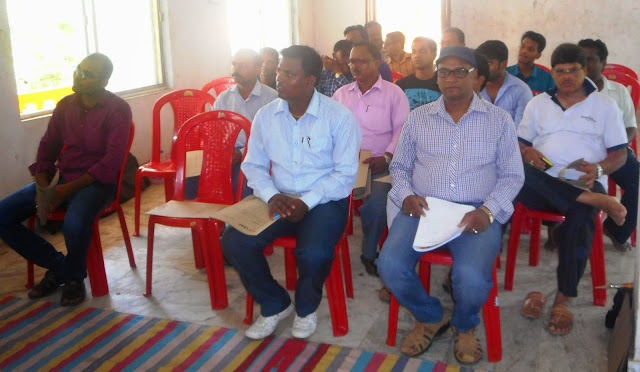 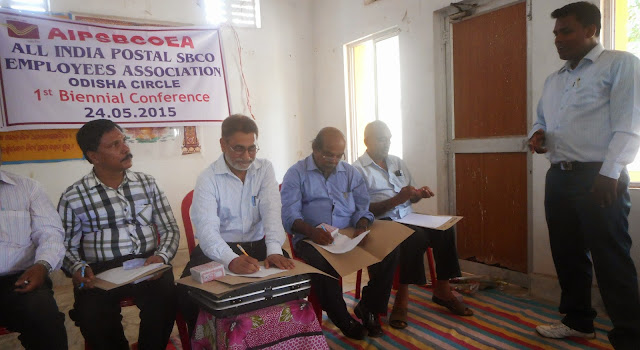 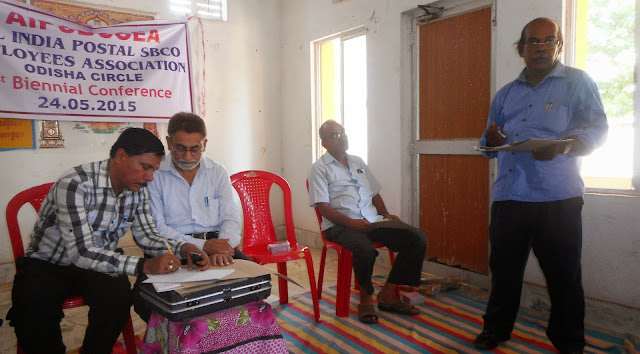 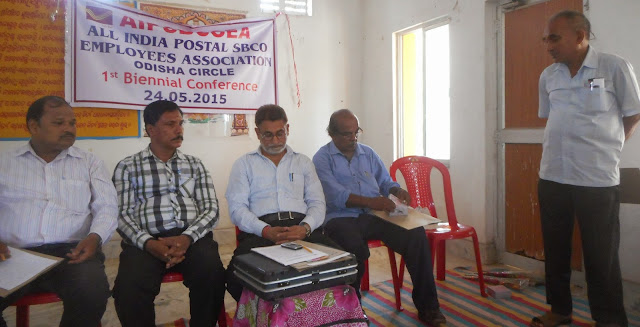 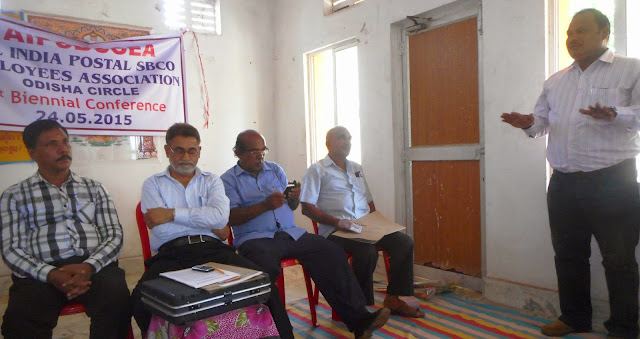 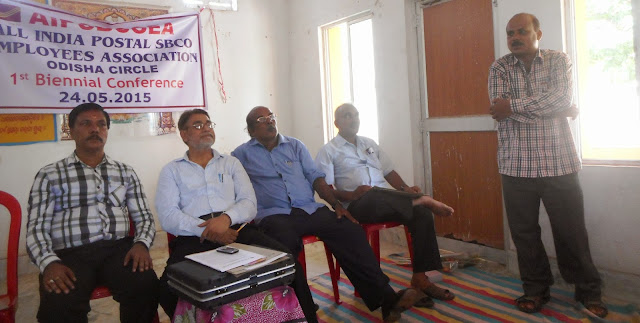 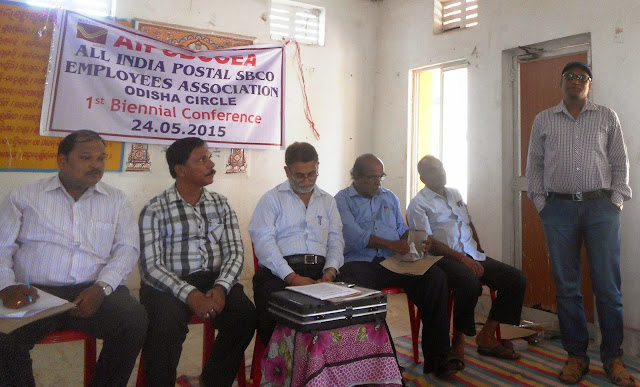 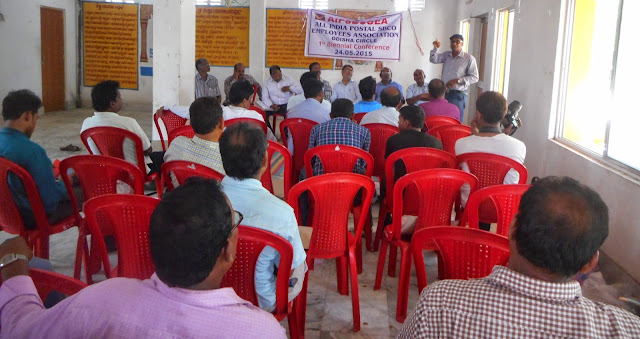 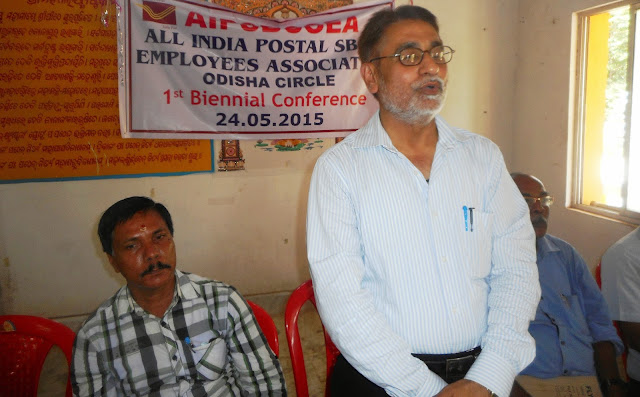 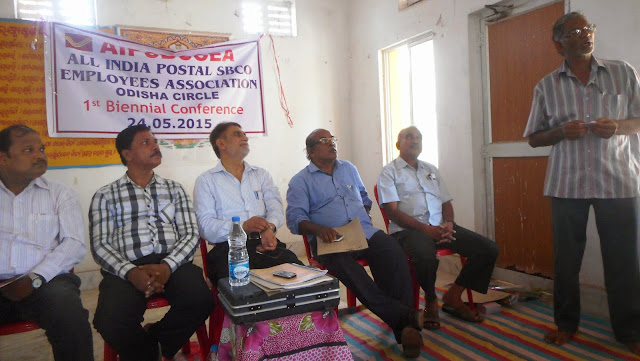 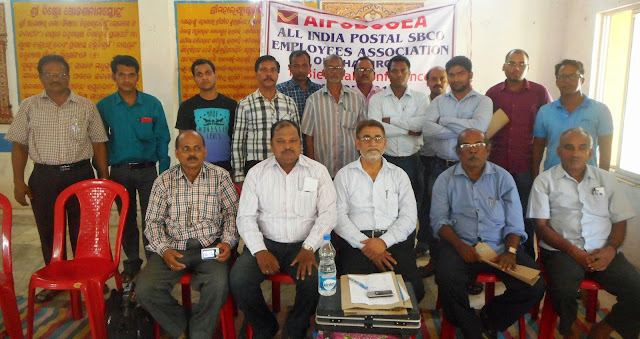