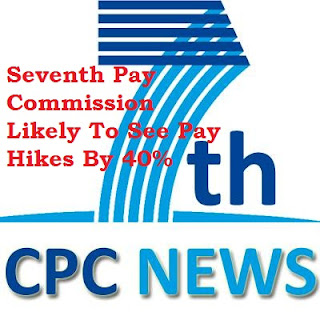 
Sources said that there will be no internal relief. The average increase in basic fair pay for all government employees will be in the region of 40-45%.


This is a very rough average because for senior level officers, like the Cabinet Secretary or officials at the secretary level, the payback could increase by more than 50%.

The Pay Panel may recommend a new pay scale from January 1, 2016. The existing HRA would be retained for A1 cities; while there would be a 15-20% hike for other cities.
But interestingly when we spoke to government employees they were not really happy, essentially perhaps because effectively if you take the DA out, it is not really a hefty bonanza as many thought it would be.
Also, given the price rise and inflation issues, most people are saying it is really not that sufficient. Most of these recommendations will be implemented.
But the point is, if the Finance Minister Arun Jaitley has a problem with any of the observations or with the impact of the Pay Commission recommendations, he might even send this back to the Pay Commission for another round of iteration.
In that case, some amendments will be made that come back to the Finance Ministry and then it may go back to the Cabinet for approval. If that happens, it could delay the process by about 1-2 more months.
A central government employee will earn up to 40% more if the government accepts the Seventh Pay commission’s proposals, which will be submitted shortly.
This pay hike would affect the lives of over 48 lakh central government employees and 55 lakh pensioners and could trigger off similar pay hike across state governments as well.
An official of the Pay Commission, says recommendations will be made to improve productivity.
The Commission will be talked of market driven compensation at the top level, where there are expert persons required by the government. There should be open competition with the public. If they have a better candidate from outside, he should be appointed instead of simply promoting people by seniority, said the official.
source:http://www.geod.in/  Courtesy: SAPOST
Posted by AMULYA KUMAR MISHRA at 6:24 AM