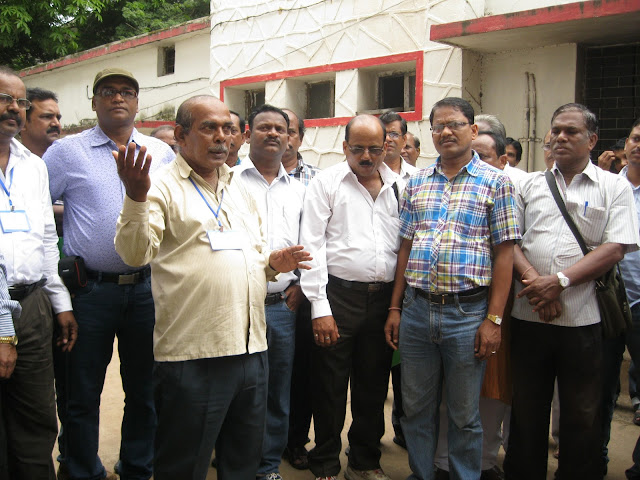 The Circle Working Committee-Cum-Council Meeting of AIPEU, Group-C, Odisha Circle branch was conducted successfully at the Recreation Club of Cuttack GPO from 12.07.2013 to 14.07.2013 in a very enthusiastic and constructive manner with participation of all Circle Union Office bearers, Divisional Secretaries, Circle Councilors from all the 18 Divisions except Phulbani. The arrangements made for accommodation and meeting and hospitality extended to all the participants by the Divisional Secretary, Cuttack City Division and his team members are praise worthy. The Circle Union could be able to conduct such a programme very nicely in a disciplined manner only due to the sincere efforts and devotion of Com. Bishnu Prasad Das, Com. Pravakar Pati, Com. Ajaya Kumar Nayak, Com, Bimal Kumar Mohanty , Com Rashmi Ranjan Das and other staff members of Cuttack GPO in particular and the Division as a whole in general. We also thank Sri Ratikanta Swain, Senior Postmaster , Cuttack GPO for his kind cooperation in smooth conductance of the meeting. 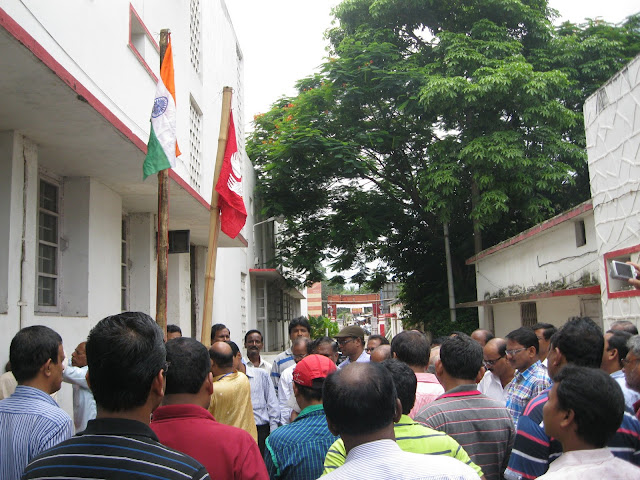 The first day i.e.12.07.2013 was started with homage to the departed souls during the period under review. At the outset the Work Report on various activities of the Circle Union pertaining to the period of review ( from last biennial circle conference held at Sambalpur till date) was placed by Com. R C Mishra, Circle Secretary before the CWC. The meeting was presided by Com. R N Mohakud, Vice-President of the Circle Union in the absence of the President. As per the agenda , the Divisional Secretaries were allowed to discuss on various issues starting from Organizational Review, problems faced by the staff members at grass root level especially the P As, SPMs and Postmasters due to computerization, modernization, settlement of minus balance, introduction of new premium products, fixation of unachievable targets and such other issues in addition to review of the last two strike programmes conducted on 12.12.2012 and on 20th & 21st February, 2013. The problems of Postmaster Cadre, Accountants and APM (Accounts), System Administrators, Business Executives and LSG/HSG-II/HSG-I cadre were also discussed in addition to National Postal Policy, Corporate Plan of India Post, I T Modernization Project, 2012, Cadre Restructuring, MACP / 6th CPC anomalies etc. Excessive resentments were seen to be recorded on non-supply of quality computer paper, MPCM sticker, computer furniture & accessories and required forms, dequaterization and non-maintenance of P O buildings / staff quarters, non-response to grave issues arising out of MGNRES, negative reply of the administration for provision of Police Escort in cash vans, non-sanction of OTA /Speed Post/MIS Incentive bills, acute shortage of staff and problems arising out of deputation orders, the drama of centralization and decentralization of PLI/RPLI works, irregular conductance / non-conductance of monthly union meeting and favouritism to other unions by Divisional heads, delay in sanction of personal claims like TA/Medical bills etc 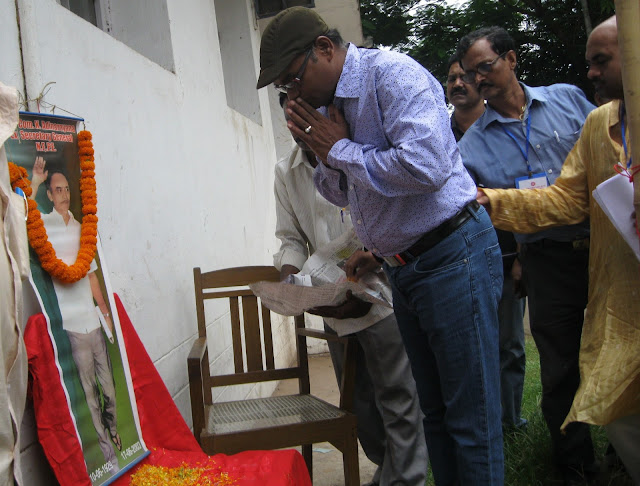 On the 2nd day, i.e. on 13.07.2013, the Circle Union Office bearers also discussed the above issues in general under the president-ship of Com. K C Pattnaik. As many as 40 resolutions ( will be published later on ) were recorded with unanimous decision to represent to the Chief Postmaster General, Odisha Circle for brining satisfactory solutions to the long pending problems within a reasonable period failing which a series of agitation programmes will be undertaken by the Circle Union alone and /or in cooperation with P-IV, R-III, R-IV, AIPAOEU and AIPAEU etc. 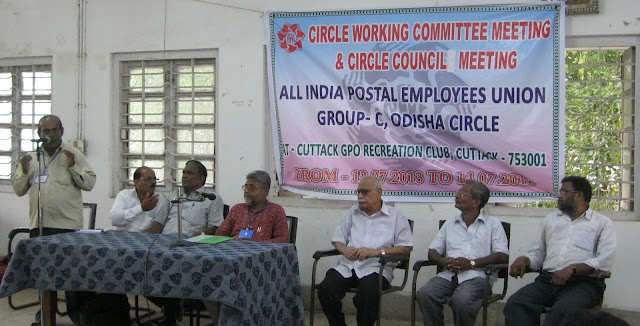 On the third day, i. e . on 14.07.2013, the Circle Secretary replied the points raised by the Circle Union Office bearers, Divisional Secretaries and Circle Councilors and read out the resolutions for information of the participants. The CWC was concluded with an Open Session which was started at 11 AM and continued up to 3 PM. The Open Session was also participated by the staff members of Cuttack City Division and addressed by the following leaders.

Lastly the vote of thanks was given by Com. Bishnu Prasad Das, Divisional Secretary, Cuttack City Division and the meeting was concluded with the positive, strong promising attitude of the Circle Union to bring a roaring success to all the agitation programmes awaiting finalization jointly by the Confederation, AIRF and DEFI to achieve the following demands.


a. Set up the 7th CPC and frame its terms of reference after consultation with Staff Side.
b. Merge DA with pay for all purposes.
c. Scrap the New Contributory Pension Scheme.
d. Regularize (a) Gramin Dak Sevaks of Postal Department.(b)Daily rated workers , Contract Labourers:
e. Remove 5% Ceiling on Compassionate appointments.
f. Settle all 6th CPC anomalies raised in the National Anomaly Committee and implement the Arbitration Awards.
g. Remove Ceiling of Rs. 3500 on computation of Bonus. 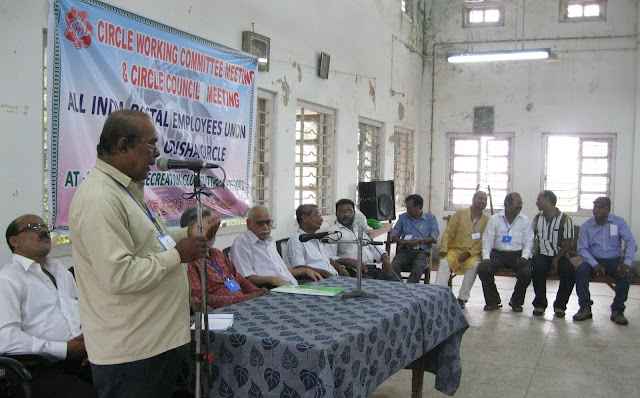 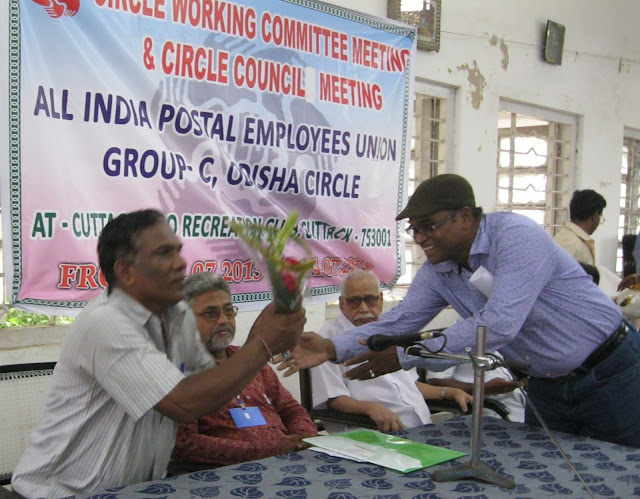 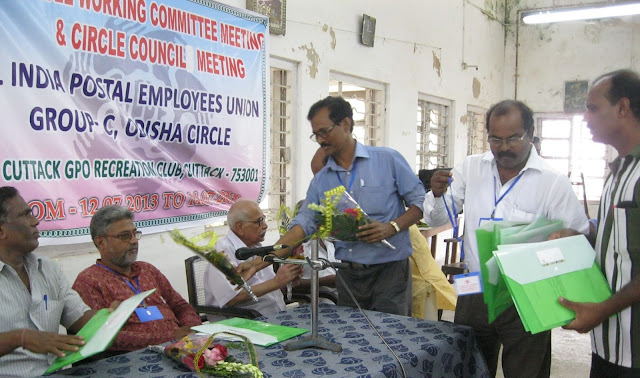 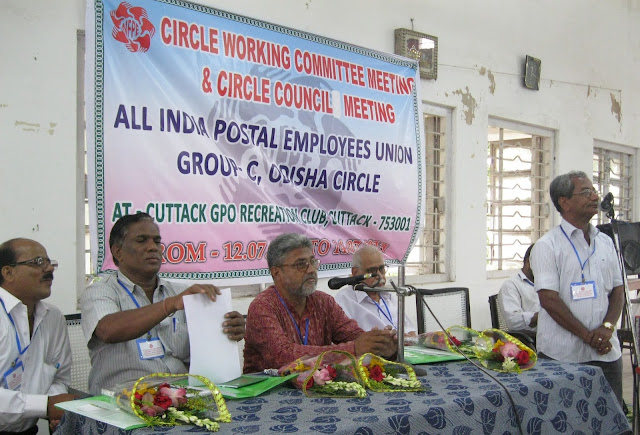 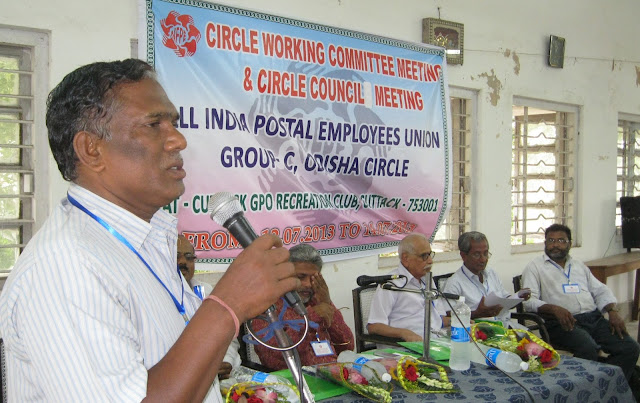 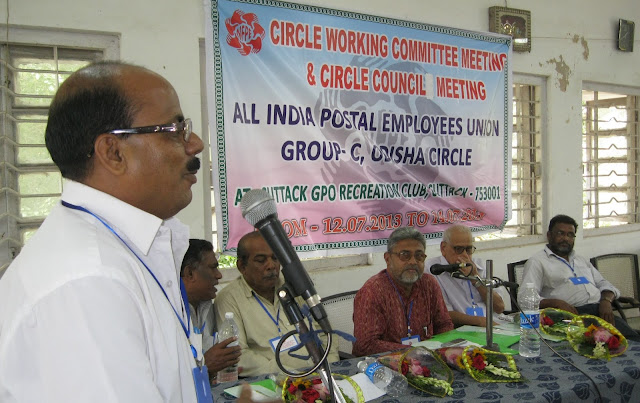 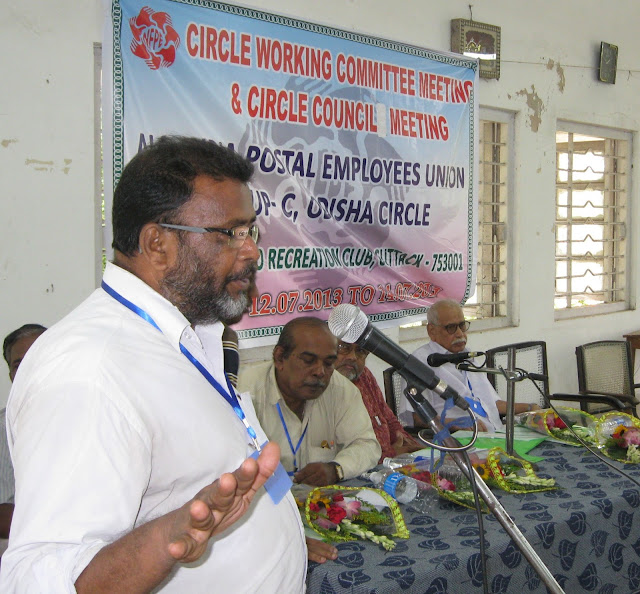 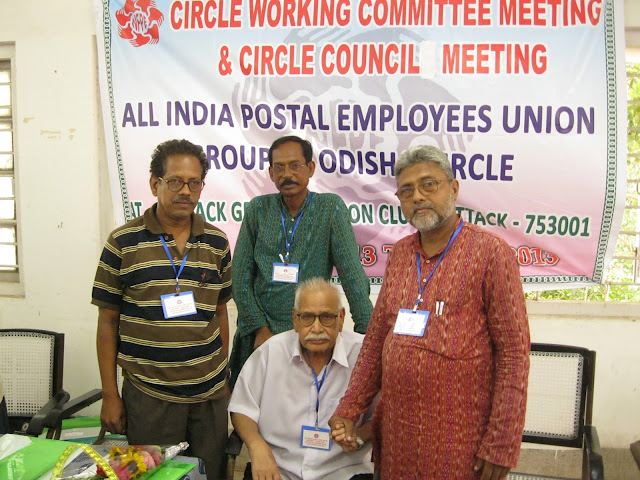 A special meeting was also conducted to solve the problems arising in formation of AIPEU GDS(NFPE) in the afternoon on 14.07.2013 in the presence of Com. R N Dhal, General Secy, State CoC, NFPE and Com. Nirmal Singh, Circle Secy., AIPEU GDS(NFPE), Odisha Circle. Taking active participation in the discussion, many Circle Union Office bearers and Divisional Secretaries registered their helplessness in strengthening the newly formed AIPEU GDS (NFPE) due to lack of proper cooperation and active participation of its Circle Secretary and suggested Com. Singh to issue necessary guide lines to his Divisional Secretaries to cooperate with their P-III counterparts. Since committed as per the direction of NFPE, the CWC assured Com. Singh to extend full cooperation provided he reciprocates accordingly. Com. R N Dhal also appealed all the Divisional Secretaries to take every possible step in mitigating the gaps and enrolling more members as soon as possible.
Posted by AMULYA KUMAR MISHRA at 12:49 AM