The much awaited two-day historic national work-shop on 7th CPC memorandum on P-III specific issues was started at 11 AM on 26.05.2014 in Saha Auditorium, 2, Raj Niwas Marg, New Delhi-54.
The workshop was inaugurated by Com. K K N Kutty, President, Confederation of Central Govt. Employees and Workers and addressed by Com. S K Vyas, Ex-Secretary General, Confederation and Com. Bhrigu Bhattacharya, Secretary General, Civil Accounts Federation.
In his introductory speech, Com. M Krishnan, General Secretary, AIPEU, Group-C, CHQ briefed the history of setting up of 7th CPC and the role of Confederation and contribution of NFPE in this regard. In his inaugural speech, Com. Kutty narrated the plans and policies of the Confederation for demanding the minimum need based salary and the steps taken by it for arriving at a unanimity of opinion by the affiliates. For the purpose, confederation is working hard day and night and collecting information from different cities for calculating the minimum need based salary as per the formula designed by 15th ILC. Rough calculation at this stage shows a hike of more than 3.4 times. However, final calculation will be done with unanimous opinion of all affiliates before discussing the same in JCM National Council. Confederation is also planning for demanding 5 % annual increment and 2 such increments on promotion.
Addressing the Workshop Com. Vyas told that the minimum need based wage will not be the minimum wage but more that that since after acceptance of the recommendations of the 6th CPC, there is no Group-D employees and the Group-C employees is either skilled or semi-skilled and not unskilled. While submitting the common memorandum, the Confederation should demand for parity in pension. A pensioner should be able to maintain the same standard of living as he used to maintain before retirement. While countries like Sri Lanka offers 75%, Bangla Desh 80%, 50% of the last pay drawn to the CG employees in India is illogical. It should be at least 67% of the last pay drawn according to Com. Vyas who also criticized the New Pension Scheme. The whole NPS is a voluntary one which needs to be scrapped out. The Central Govt. employees should continue under the statutory pension scheme since the NPS is discriminating the employees before and after 01.01.2004. A pension which is adequate, and revised every 5 year with parity is needed – Com. Vyas told. Wage has two concepts – one is visible , i.e. Salary and the other is invisible , i. e. Pension. So the CPC while considering wage revision should take care of both the aspects.
Thanking such a nice effort in conducting a workshop on 7th CPC by AIPEU, Group-C, CHQ with involvement of grass root level leaders preferably the Divisional Secretaries, Com. Bhattacharya told that the common memorandum to be prepared and presented by the Confederation should also highlight the problems faced by the Central Govt. establishments due to downsizing, contractorization, outsourcing etc. He suggested that other organizations, unions and associations should follow such noble paths and prepare their respective memorandum accordingly.

A seminar was organized at 3 PM which was addressed by Shri Alok Saxena, DDG and Secretary, Postal Board. In his deliberation he guided the unions/associations regarding preparation of a genuine and logical memorandum. The memorandum prepared by the Unions / associations and by the Department for a specific cadre should go in one direction and should not confuse the Commission in any manner. The memorandum should be designed in the way the CPC examines it. Factors like minimum educational qualification , nature of duties and job profile assigned to a particular cadre, parity with other cadre and historical relativities should be given priority while preparing a memorandum. He suggested many valuable points and give nice tips for preparing a suitable memorandum exclusively for postal Assistant cadre which is unique and can not be compared with similar assistants in any other Central Govt. establishments. 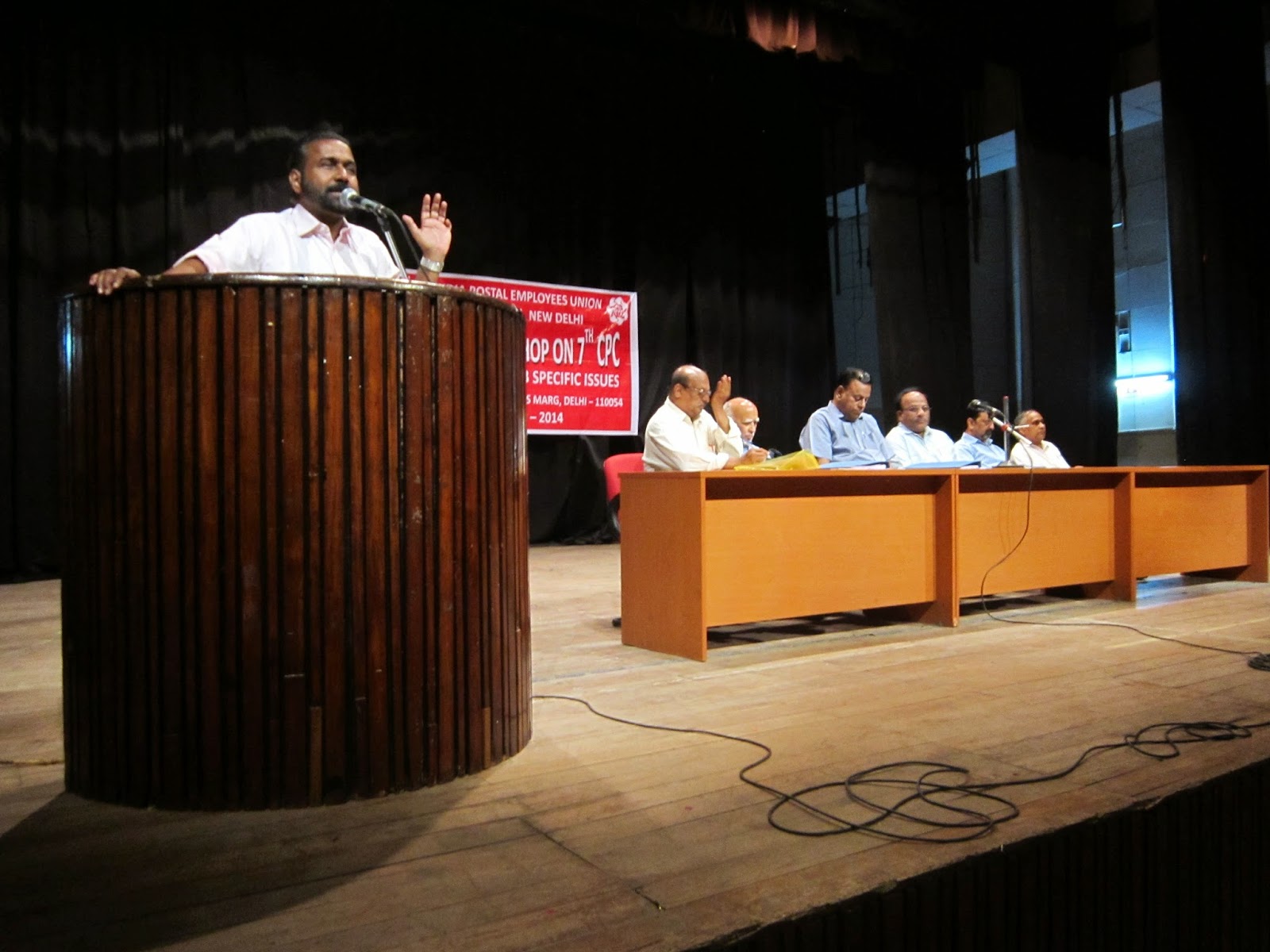 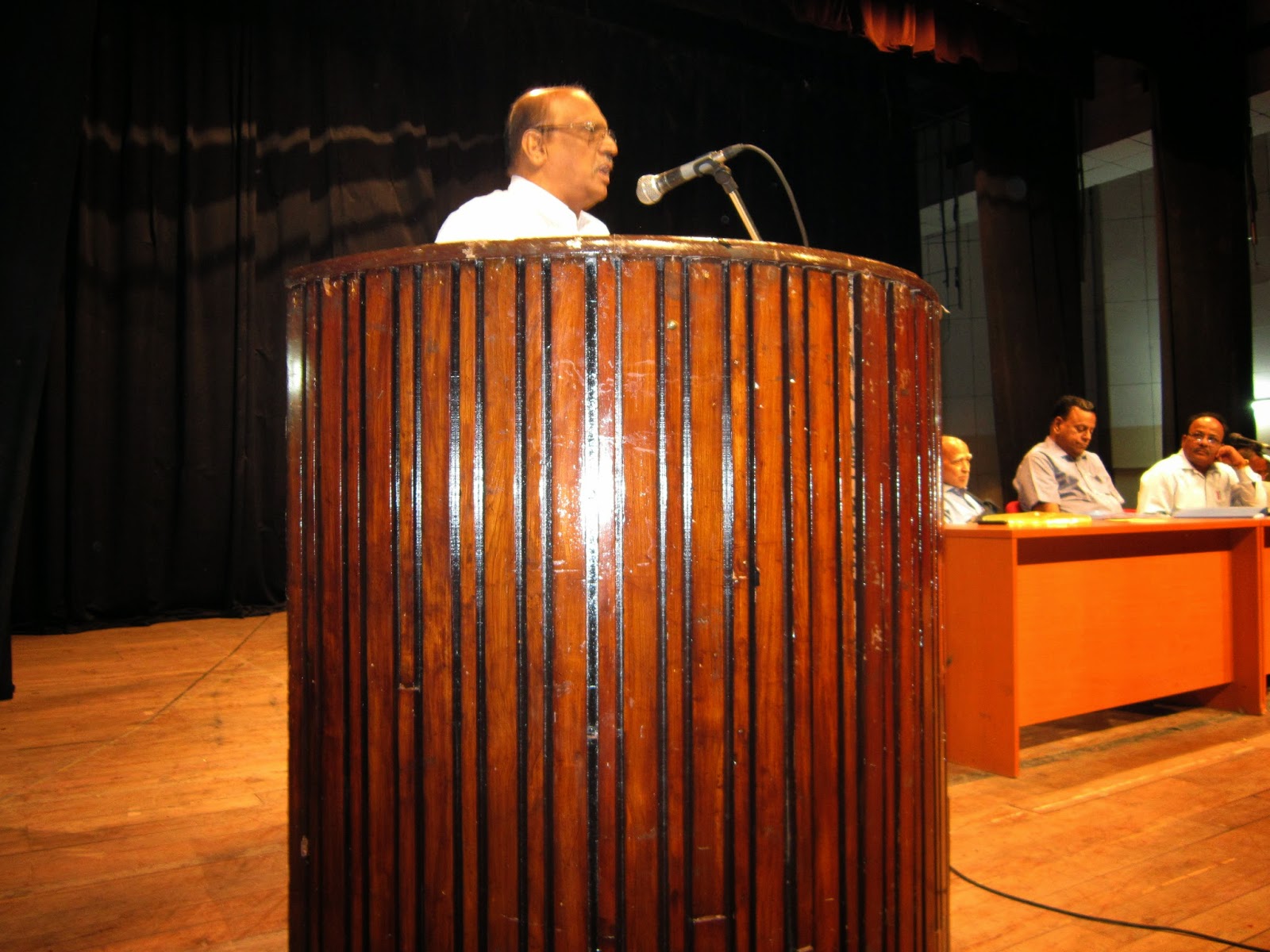 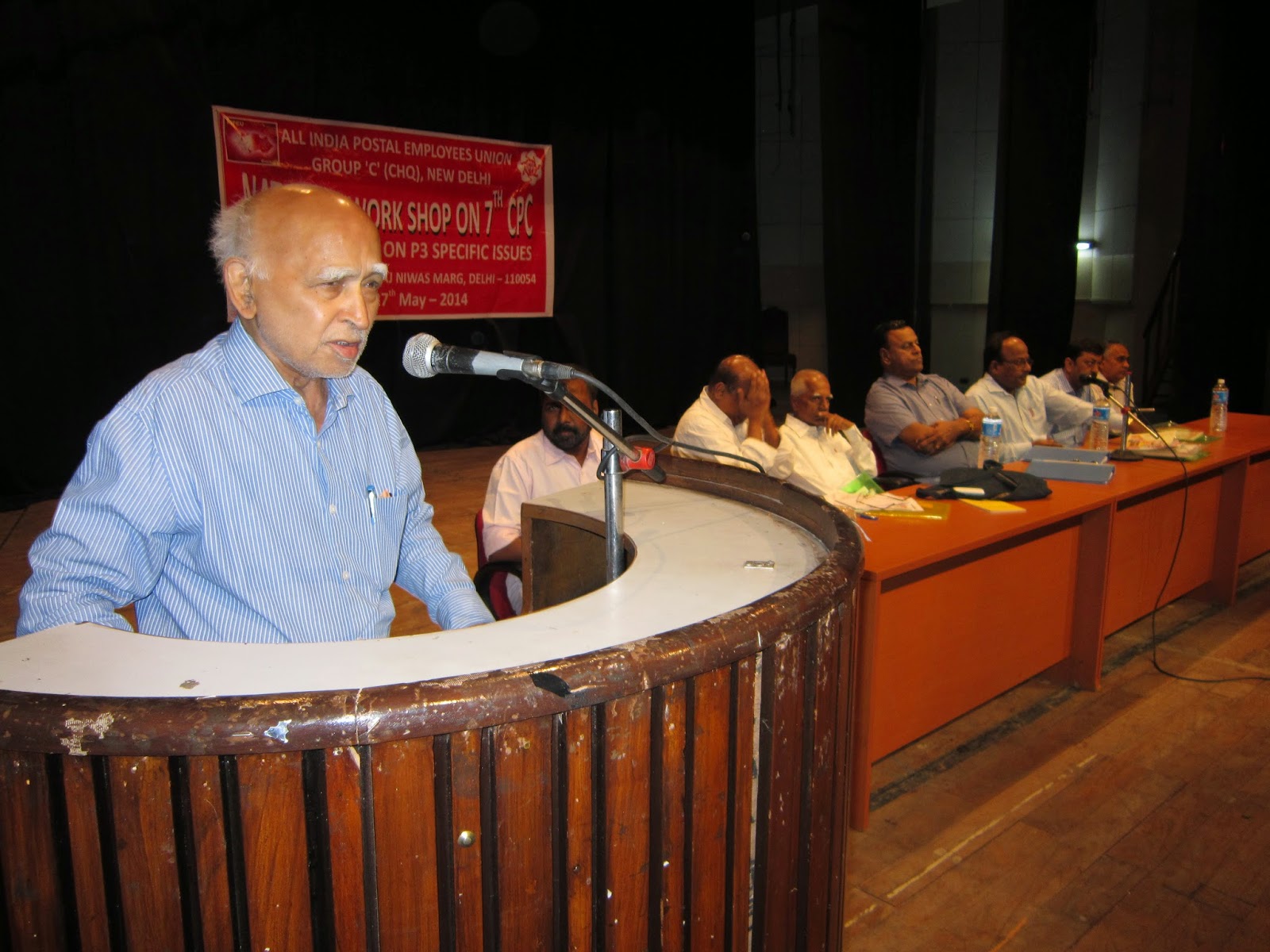 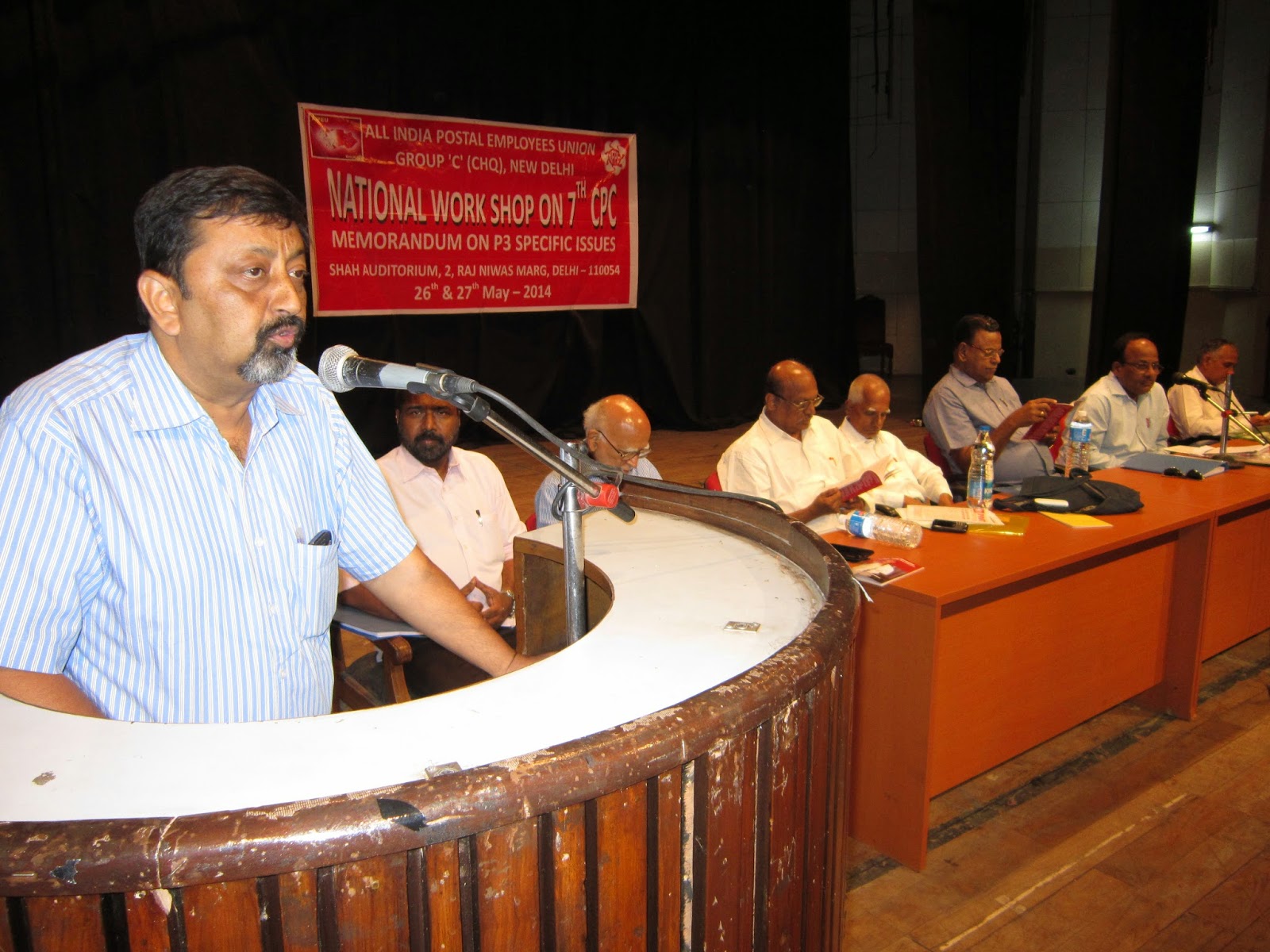 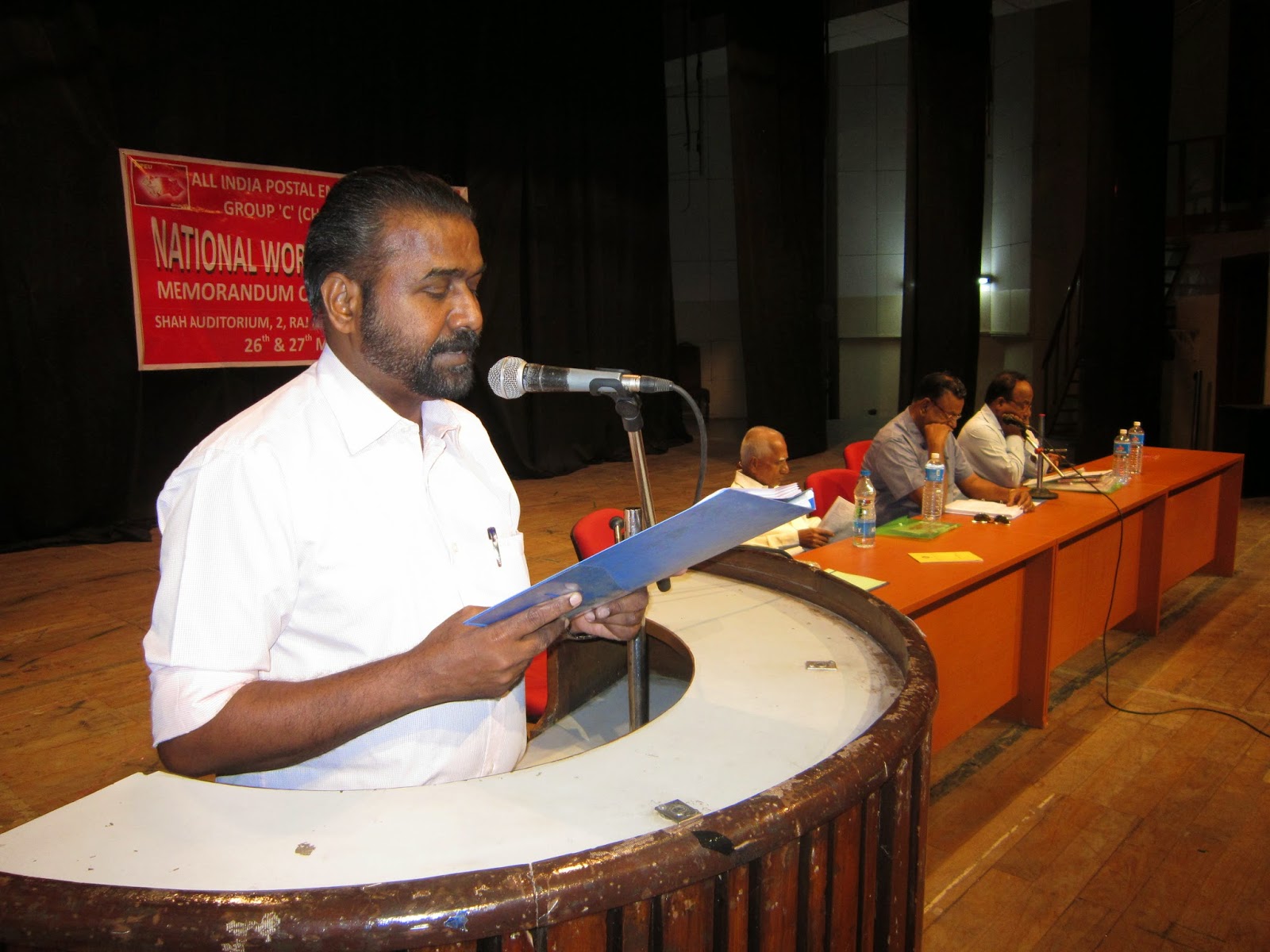 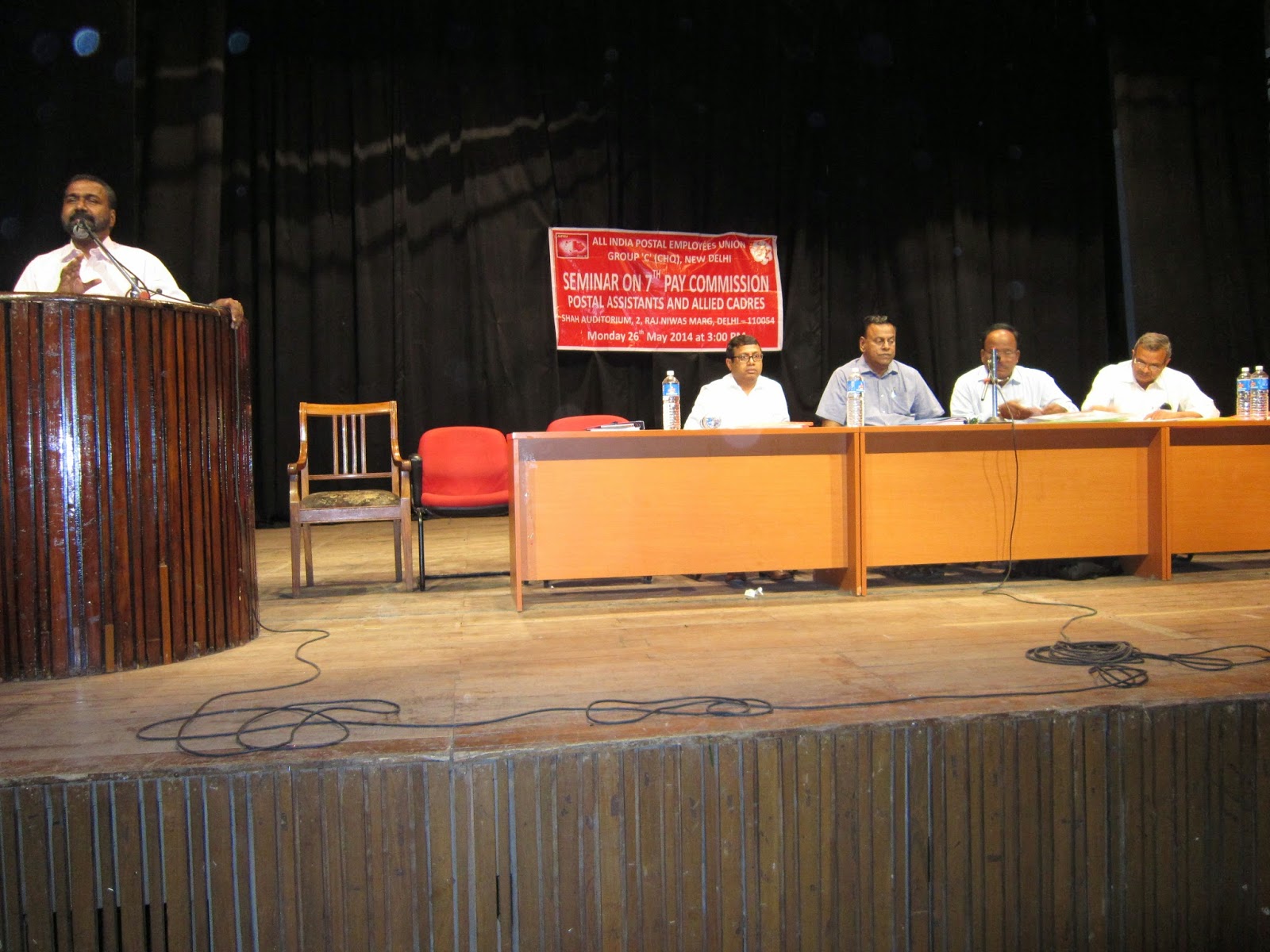 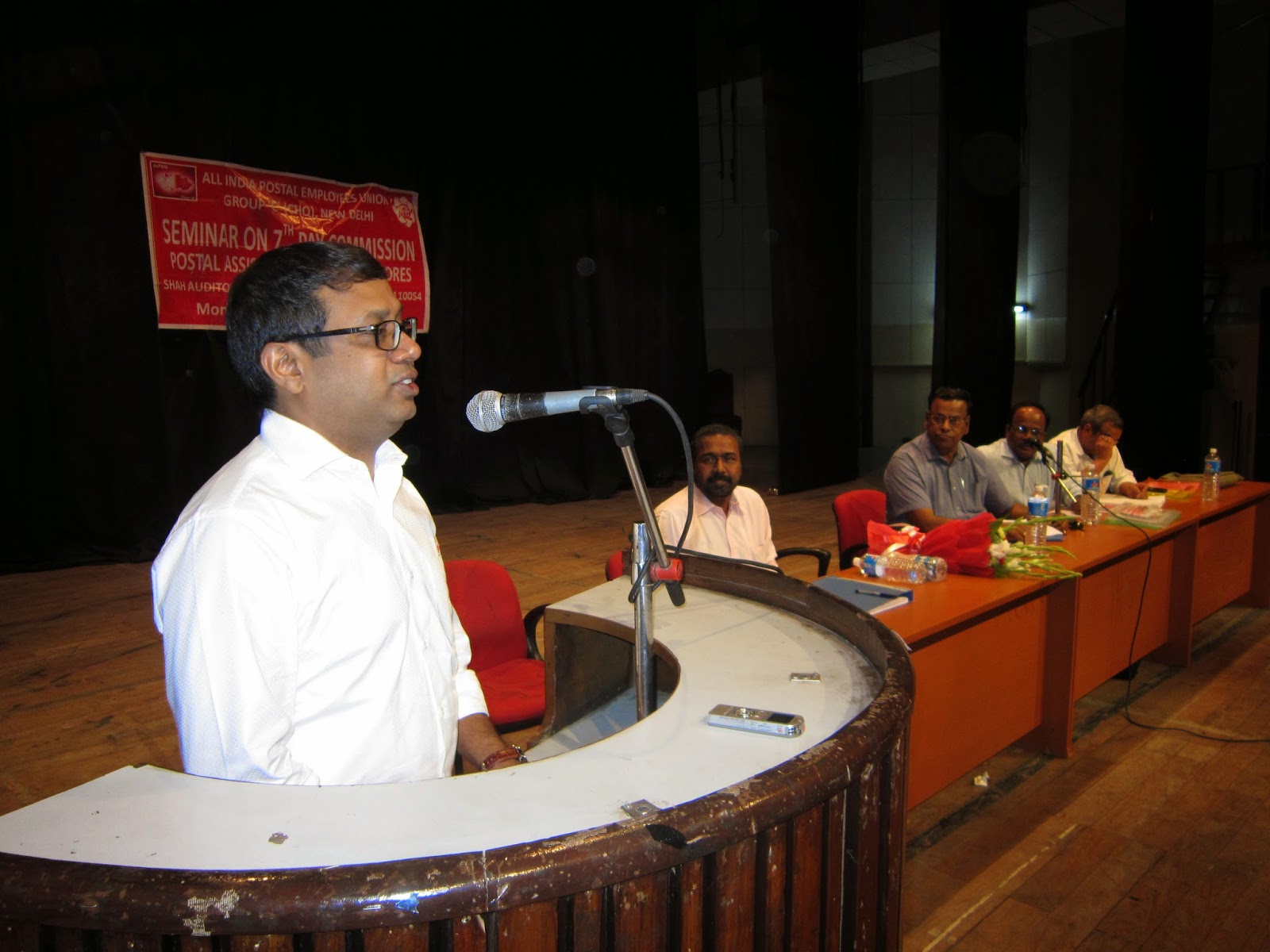 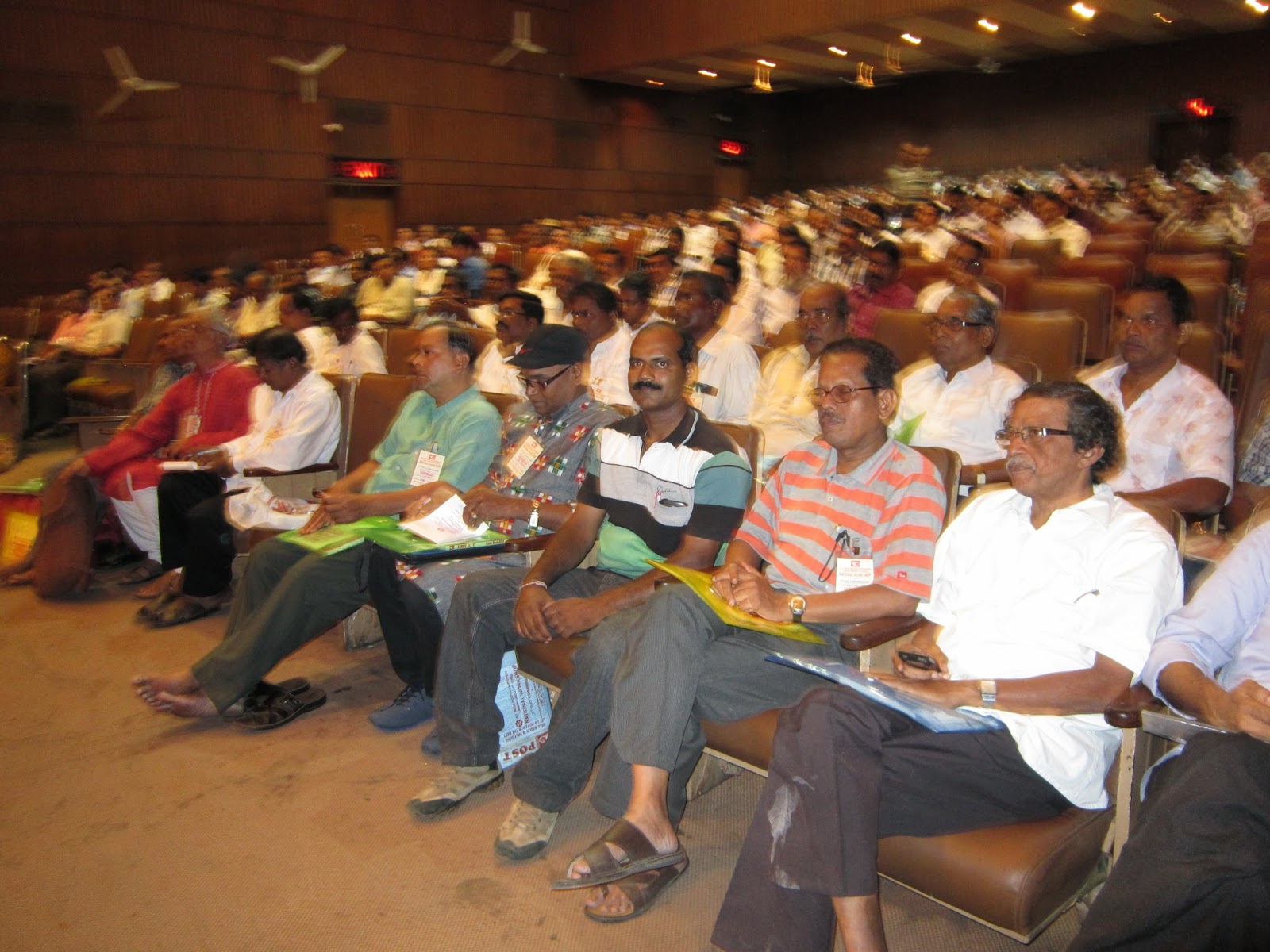 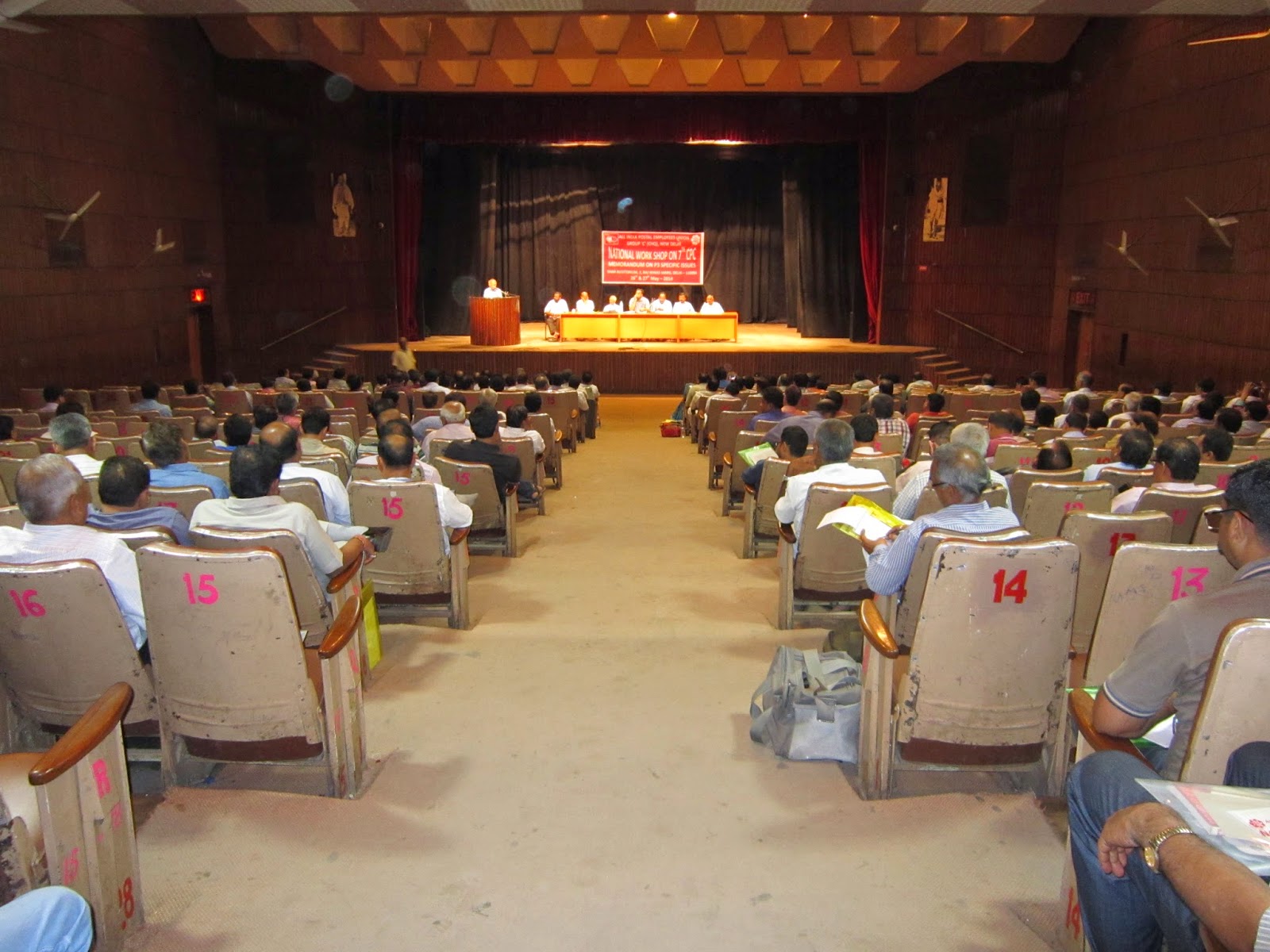 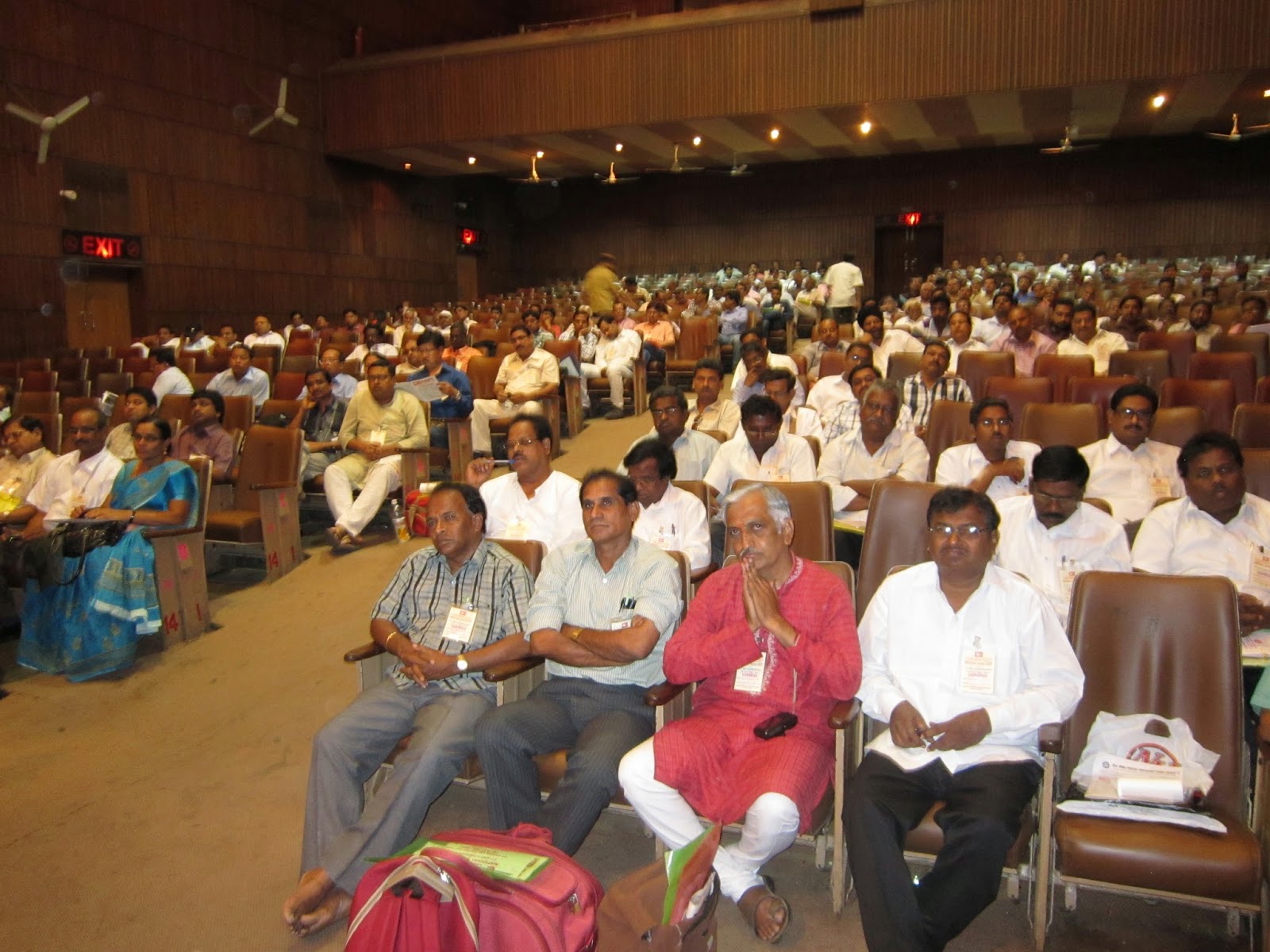 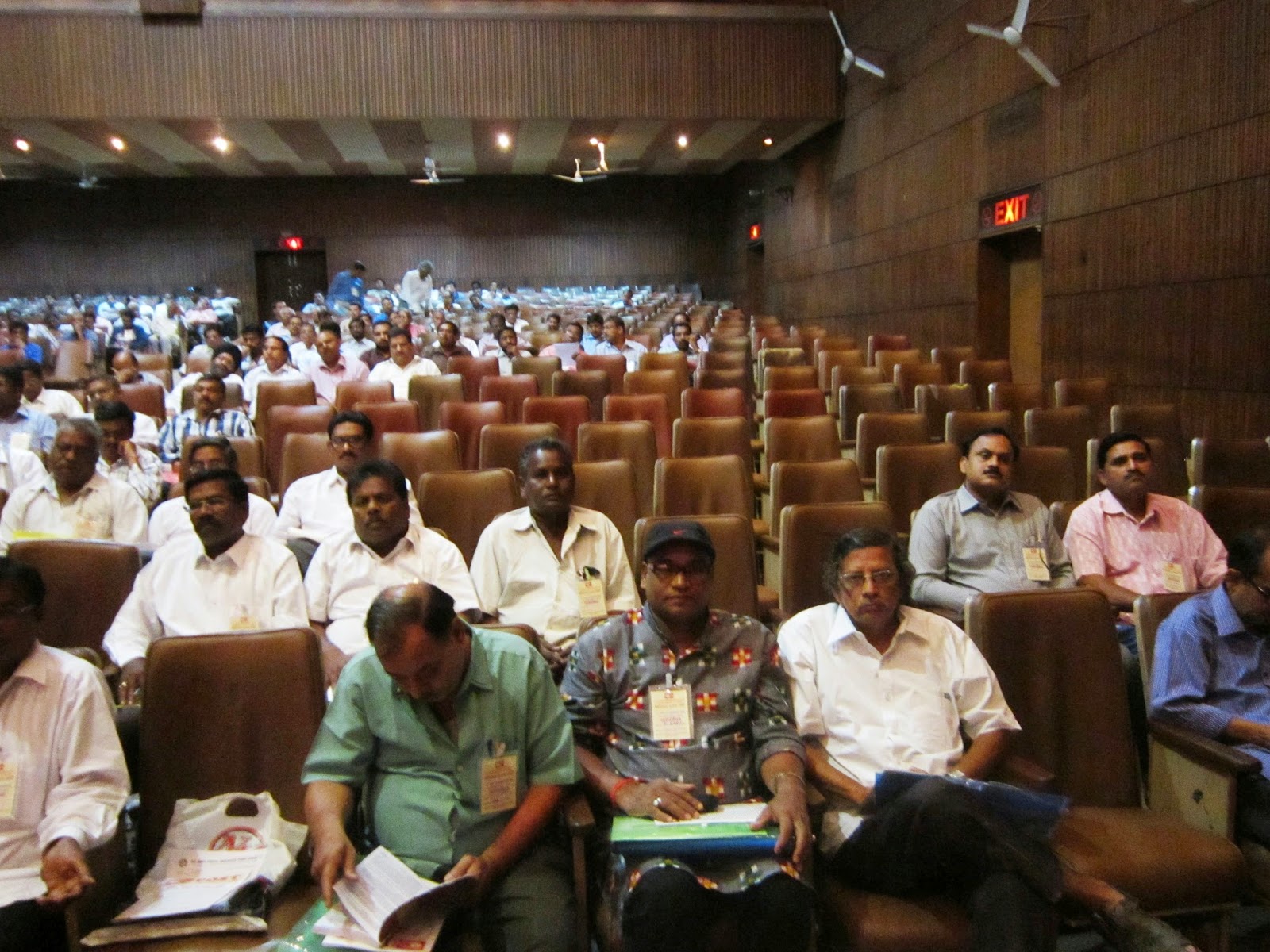 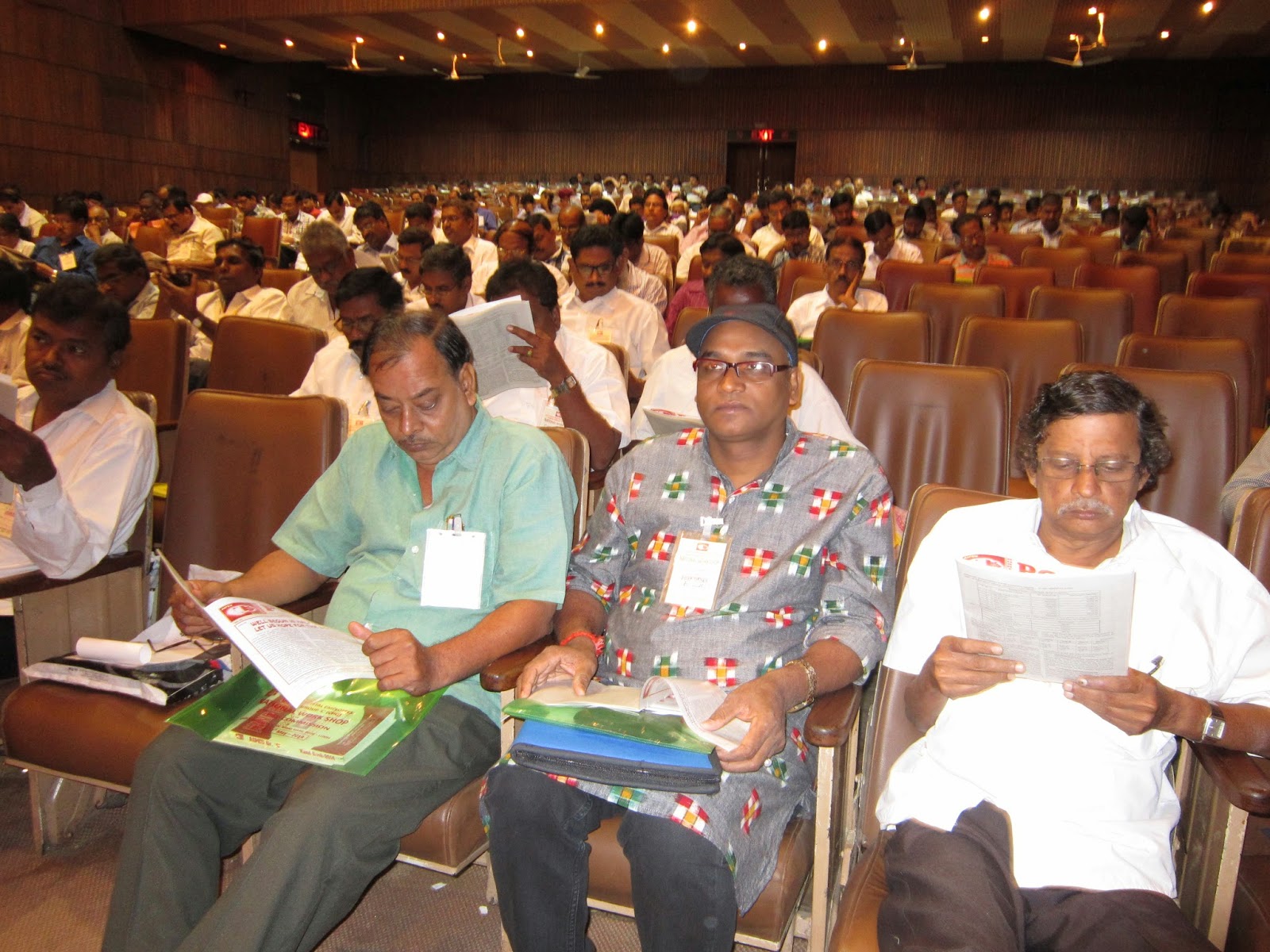