The Odisha State Committee of National Joint Council of Action comprising Railway Federations, Defence Federations and Confederation of Central Govt. Employees and Workers organized a meeting of the leaders of all constituents of NJCA  on 05.03.2016 in the meeting hall of East Coast Railway Sramik Union, Khurda Road, Khurda.

At the outset, Com. Nirakar Satpathy, General Secretary, East Coast Railway Sramik Union and Convener, National JCA, Odisha State Committee  briefed the importance of the forthcoming Indefinite strike commencing from 11.04.2016 arising out of the negative attitude of the NDA Govt. for necessary modifications suggested by NJCA / NC(JCM) and appealed the participating leaders to make aware the grass root level members for bringing a thundering success to the coming indefinite strike. On behalf of All India Railwaymen Federation, Odisha, he assured 100% participation of the railway employees. Similarly, as opined by Com. P K Pattsani and Com. Pitabasa Nayak from AIRF,  works will be totally stopped in the Khurda Road Railway Division.

Briefing the justifications of the 11 point Charter of Demands of National JCA, Com. R N Dhal urged upon the leadership of the constituents of NJCA to undertake rigorous campaign programmes which will give a strong message to the Govt. on our determination not to accept the recommendations of 7th CPC as it is.

Representing NFPE, Odisha Circle in the above meeting, Com. B Samal, Vice-President, AIPEU, Group-C, Odisha Circle branch assured the NJCA leadership that NFPE is committed to bring all round success to the forthcoming Indefinite Strike. The Postal JCA comprising NFPE and FNPO has framed separate programmes apart from the common programmes of NJCA which will be undertaken phase-wise before all Divisions and Circle Offices throughout India. Com. Samal appealed all the leaders to remain present in the grand General Body Meeting to be arranged by NFPE leadership, Odisha Circle  in the campus of Bhubaneswar GPO at 6 PM on 16.03.2016 for the purpose. 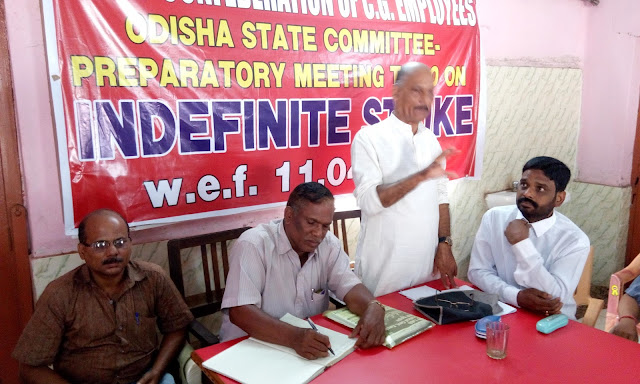 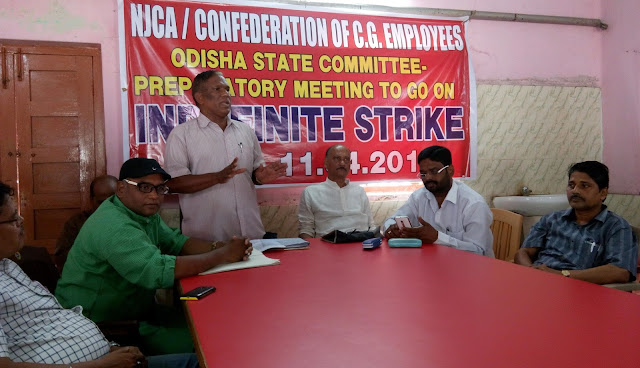 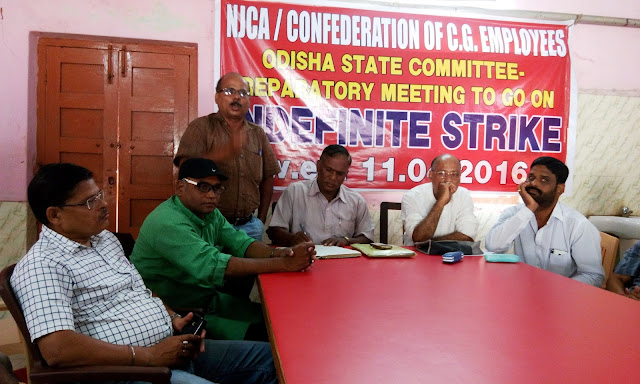 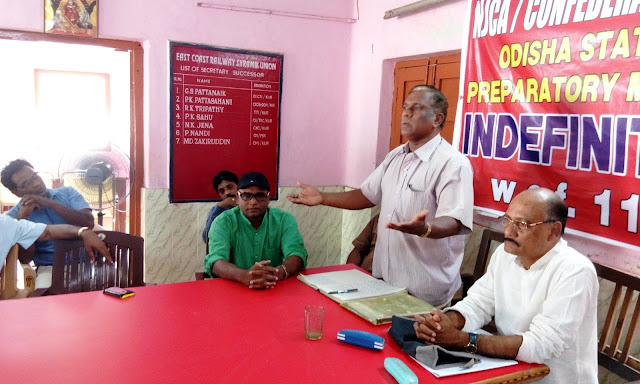 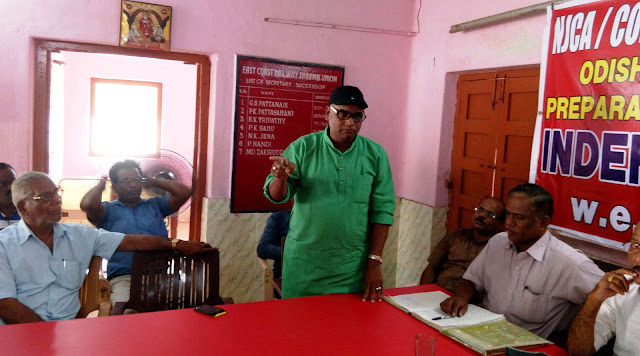 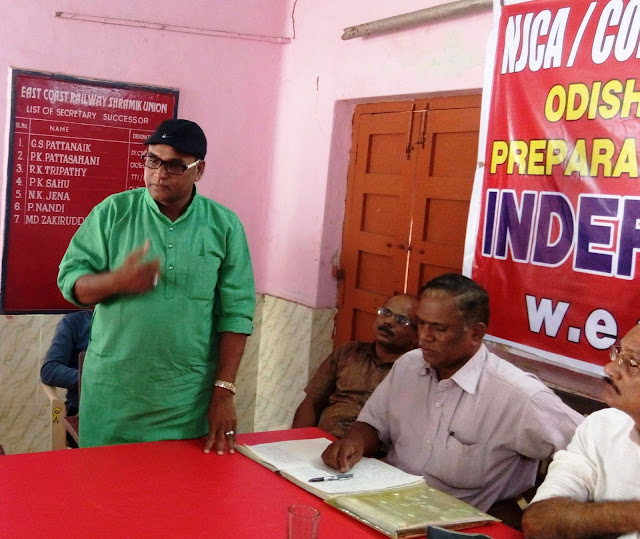 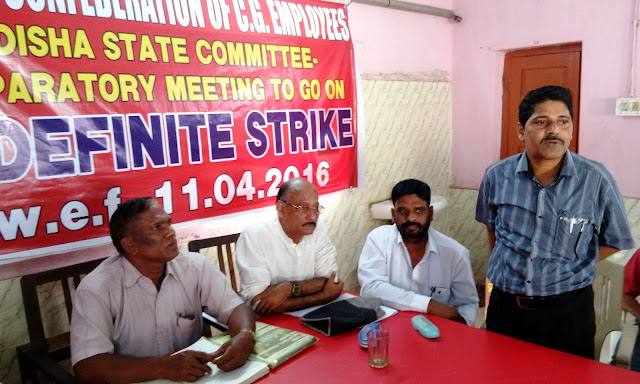 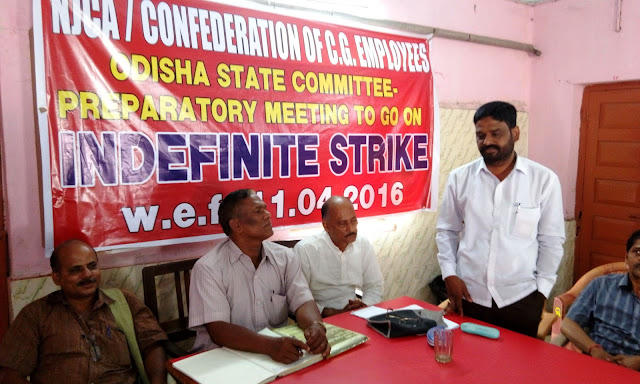 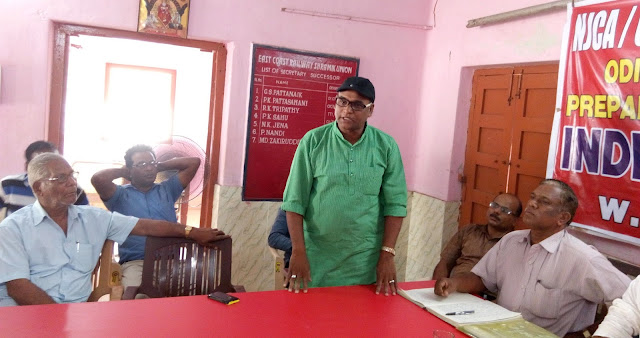 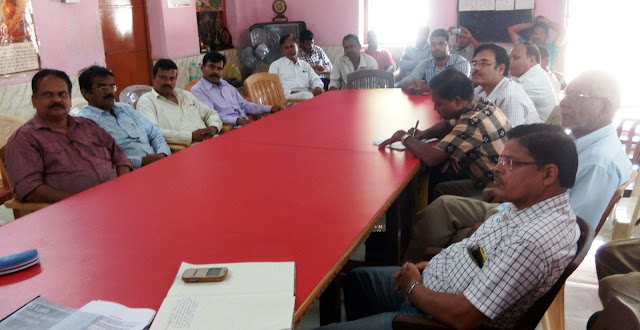 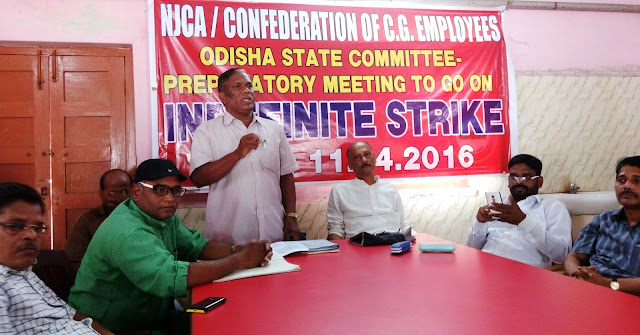 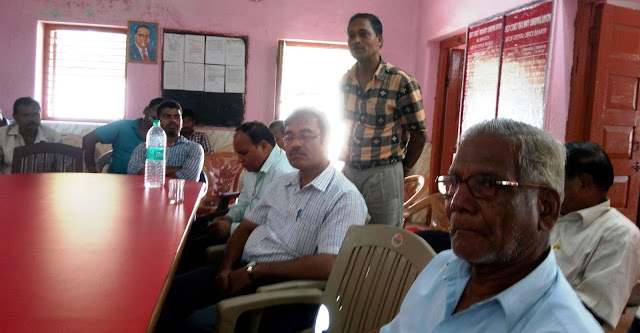 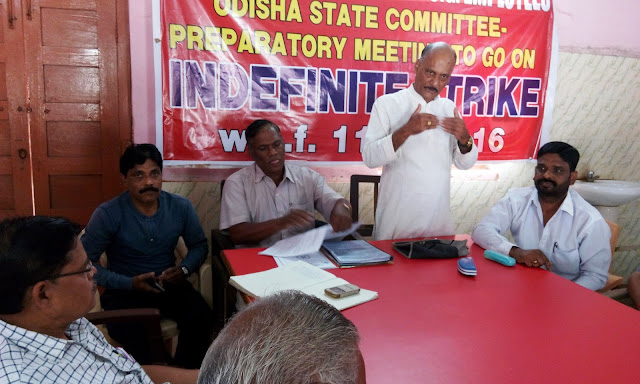 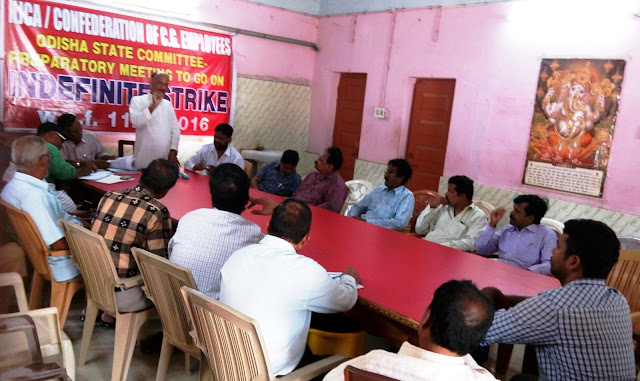