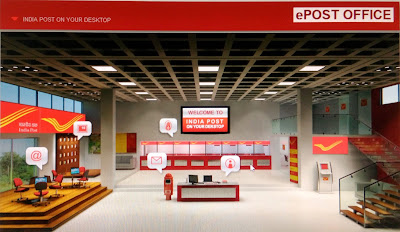 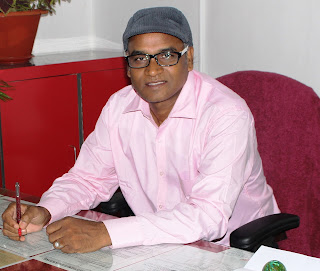 “It makes the Post Office what under any other system it never can be the unrestricted means of diffusing knowledge, extending commerce and promoting in every way the social and intellectual improvement of the people” stated Lord Dalhousie, the father of India Post in his Minute dated 30th December, 1851. To prove this statement, honestly, if one searches about an organization which serves India, the land of heterogeneous racial, lingual, religious, and social culture upholding its rich cultural heritage through religious pluralism protecting the national unity, social cohesion, secular and federal structure and democratic ethos, certainly, the name of India Post comes to mind. Competently assisting the rulers, elite and mercantile community in its various forms in ancient and medieval times, it has conveniently served both the British rulers and general public in modern times as a forceful organization in raising national and political consciousness. Long before the times of email and mobile phones, pigeons, barefoot runners and bullock carts were used to carry messages from one part of India to another. Prior to independence, India Post, through a limited work force could be able to develop a vast network of communication even before the Railways and Telephones were introduced with wide spread impact on the socio-economic life of the nation through efficient and prompt service.

From pigeon to post, India Post has travelled a long way with the passage of time. From 23,344 post offices primarily opened in urban areas prior to independence catering to the needs of Britishers for development of their trade and exercising control over their vast Indian possessions with one post office serving 15038 persons covering an area of 53 square miles to 1,54,882 post offices (139182 i.e. 89.86% in rural area and 15700 i.e. 10.14% in urban area ) having 459948 employees (200344 Departmental and 259604 Gramin Dak Sewak) as on 31.3.2014, India Post has registered nearly a seven fold growth during the period of last seven decades focusing its expansion to rural areas and thus has been acknowledged as the largest postal network in the world with one post office serving 8221 people in average covering an area of approximately 21.2 sq. kms and providing postal facilities within reach of every citizen in the country at affordable prices adopting every mode of transmission from bare foot to air route with recorded delivery of 1,575 crore mails approximately every year.

The beginnings of this vast postal network can be traced back to 1727 when the first post office was set up in Kolkata. Subsequently, General Post Offices (GPOs) were also set up in the then three Presidencies of Kolkata (1774), Chennai (1786) and Mumbai (1793). To bring some uniformity amongst the then post offices, the Indian Post Office Act of 1837 was enacted. This Act was followed by the more comprehensive Indian Post Office Act of 1854. This Act reformed the entire fabric of the postal system. Its provisions granted the monopoly of carrying mail in the British territories in India to the Indian Post Office. The present postal system in India thus came into existence with the Indian Post Office Act of 1854. The same year, the Railway Mail Service was introduced as also the sea mail service from India to Great Britain & China. Thereafter, the India Post Office Act of 1898 was passed which regulated postal services in the country. In 1852, the first ever adhesive postage stamps in Asia were issued in Scinde; these stamps subsequently became famous as the Scinde Dawks. These stamps were in circulation up to June 1866. On 18th February, 1911, the world’s first airmail flight - from Allahabad to Naini - took place. It traversed a distance of 18 kilometers (approx.) across the river Ganges. The first postage stamp valid across the country was issued on 1st October, 1854 which provided an affordable and uniform rate of postage based on weight. Since then, the Department of Posts has proved to be one of the greatest institutions of the country which plays an important role in the socio-economic activity of the nation. The postal network of India touches the remotest corners of the country.

Briefing the Department’s long journey from pigeon post to e-post, it is evident that the Department of Posts actively entered into the digital era through counter mechanization installing 102 personal computer-based MPCMs in 22 selected post offices during the year 1990 – 91 and conceived the Project Arrow concept in April, 2008 under “Look & Feel Good” concept. The Government of India has approved the Department of Posts’ IT Modernization Project, 2012 with a total outlay of Rs.4909 crore in November, 2012. The IT Modernization Project aims at modernization and computerization of all post offices in the country including 129389 Branch Post Offices in rural areas. It is an ambitious IT transformation project undertaken by the Department of Posts. By setting up an IT infrastructure spanning across all Post Offices and Branch Post Offices in rural areas, the Department will be able to harness the benefits of consolidated information and capabilities across various functional silos as well as geographical reach. The transformation from physical to digital network will provide a national asset for all users apart from Post Offices including various Government Departments, business houses and citizens to use the IT enabled country wide network for communication, banking, insurance and service delivery needs. This mega IT driven transformation is the first of its kind undertaken by any postal operator in the world as well as any Government Department in the country. Upon completion of this project, the Department of Posts shall emerge as an engine to transform the rural economic landscape in the country besides providing value-added mail and financial services to the urban customers.

The transformation from physical to digital network will enable the Government to use the postal network for communication, banking, insurance, mails and service delivery needs of the citizens. The IT Modernization Project, particularly the rural ICT solutions will rebuild the rural postal network to create an institutional last mile infrastructure for delivery of all government services to citizens. The project will make the post office the focal point of delivery of social security and employment guarantee schemes including disbursement of wages under MGNREGS Schemes of theCentre and State under Direct Benefit Transfer, will provide biometric authentication of financialtransactions ,provide multiple channels like ATM, mobile banking, net-banking for savings bank customer. It will provide an electronic and secure mode of money transfer particularly in rural areas. The Core Banking Solution (CBS) Project will bring facilities of ATM Banking, Internet Banking, Mobile Banking and Phone Banking to the Post Offices Savings Bank (POSB) customers to perform transactions 24×7 in ATMs and to transfer money from their account to any bank account through National Electronic Fund Transfer (NEFT) and Real Time Gross Settlement (RTGS). Out of 25493 departmental post offices , India Post has already launched Core Banking Solution in 2590 post offices as on 30.06.2015.

Digital India Programme is a flagship programme of Government of India launched in 2014 with a vision to transform India into a digitally empowered society and knowledge economy. The thrust of the Digital India Programme is the Digital Empowerment of Citizen of India. In Digital India Programme, Department of Posts has been entrusted to shape up the post offices into a multi service centre. The Department is digitizing all its 154882 Post Offices including 129389 Gramin Dak Sewak Post Offices. The digitized post office may work as multi service centre. It may become the nodal centre for the dissemination of information vis-à-vis Government Policies; disbursement of social security benefits; financial inclusion of rural mass. These post offices will offer a digital means of communication, carrying physical goods and money transfers.

The Post is poised to play an important role in the society bridging the urban rural divide and bringing IT-enabled services to all sections of the society through 154882 IT-enabled post offices. The reduction of paper-based processing would enable an environmentally sustainable greener Post Office.


(Data Source : indiapost.gov.in)
Posted by AMULYA KUMAR MISHRA at 8:46 AM