Banks, Post offices to report cash deposits of over Rs 2.5 lakh to I-T

Banks, Post offices to report cash deposits of over Rs 2.5 lakh to I-T 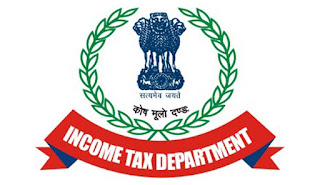 The government has asked banks and post offices to report to the I-T Department all deposits above Rs 2.50 lakh in savings accounts, and more than Rs 12.50 lakh in current accounts, made during the 50-day window provided to tender the scrapped 500 and 1000 rupee notes.

As per a notification issued today, banks, co-operative banks and post offices will have to report to the tax department cash deposits exceeding Rs 50,000 in a single day or aggregating to more than Rs 2.5 lakh during the period November 9, to December 30, 2016.

These entities will also have to report cash deposits during the period aggregating to Rs 12.50 lakh or more, in one or more current account of a person.

The Finance Ministry has notified the amended Rule for filing of Annual Information Return (AIR) report by banking company, cooperative bank and post offices on account of aggregate cash deposits in one or more current account of a person.

Banks and post offices now have to file a statement of financial transaction in respect of these transactions on or before January 31, 2017, the notification said.

Earlier, they were required to report to the I-T Department only when cash deposits in an account exceeded Rs 10 lakh in one full year.
In view of apprehensions that large number of illegal or black money may sought to be converted into white during the window provided till December 30, the Revenue Department has issued fresh set of instructions.

In a major assault on black money, counterfeit notes and terror financing, Prime Minister Narendra Modi had on November 8 announced demonetisation of high value currency notes of Rs 1000/500 and asked the public to deposit them in banks by December 30.

Since then, seemingly unending queues of people trying to deposit and exchange their scrapped currency notes are being witnesses at banks and post offices.

Tax department officers are of the view that the 50-day window provided to people to deposit or exchange notes should not be misused and hence the need to keep a tab on such high value deposits.

Those depositing large amounts of unaccounted money will have to face the consequences under tax laws, which provide for a 30 per cent tax, 12 per cent interest and a 200 per cent penalty.